What began as an “accident” made by the EPA in Denver, Colorado, has now opened a can of even more worms showing that the EPA, itself, actually had pre-knowledge that an environmental accident could occur in the first place during their project.

For those who may not know, two weeks back a waste spill happened of approximately three million gallons of mine waste, when the EPA attempted to “clean-up” and bust open, so to speak, an old gold mine located in SW Colorado. The river of thick orange goo that flowed downstream into the Animas River and then moved on to the San Juan River in New Mexico and the Colorado River in Utah, was originally spoken about by the Managers at the Environmental Protection Agency as an accident that could be easily fixed and not dangerous to anyone. As days passed…the option that it could perhaps be damaging to farm stock and fields became possible. Now, papers have been released that the EPA was actually aware of the risk that was there before they began their work. The possibility for a mine blowout and the subsequent release of a large flow of waste that would contain toxic metals and chemicals, was a risk that was already known about before anything proceeded to happen.

The documents, themselves, actually came from the EPA. In 2014, they wrote up an order that included “a planned cleanup.” These papers stated that since the old mine had not been accessible to anyone since 1995, when the entrance initially fell into partial collapse, that the longtime condition “likely caused impounding of water behind the collapse.” (This report was offered to the EPA from a private contractor they hired). The report went on to state that: “other collapses within the workings may have occurred creating additional water impounding conditions. Conditions may exist that could result in a blowout of the blockages and cause a release of large volumes of contaminated mine waters and sediment from inside the mine, which contain concentrated heavy metals.” In other words, this was not a surprise, and this “accident” could have been avoided.

The action plan that spoke about the potential for the blowout and what the EPA could have, would have, or perhaps should have avoided, is under investigation. More than one. At this moment there are three looking into how, exactly, the EPA brought about the true “environmental disaster” and how the rivers in Colorado, New Mexico and Utah can be aided and cleaned-up from the huge injection of lead, arsenic and other contaminants. The upside for people to note is that the levels of contamination have fallen, yet the experts out there state that those test results are not a surprise, considering that heavy metals have the ability (and most likely have) sunk to the bottom of the rivers and certainly are among the river-bottom sediments that can one day be stirred back up to the surface.

It is still the EPA’s initial response that is taking the most flak from the states. No matter how this incident is looked at now – whether the EPA had knowledge that this could happen or not – it still took a full 24-hour period before they told any officials that oversee downstream villages, farms, and communities that actually rely on water from those rivers for drinking.

It will take some time to realize what the EPA knew and what could have been better avoided, but no matter how this is looked at (or by whom) there will be a great deal to answer for in the coming months.

The Man in 3B. Film Review by Kam Williams Suspects Abound in Inner-City Whodunit   It doesn't take long for Darryl Graham (Lamman Rucker) to start rubbing people the wrong way after he returns to his 'hood in a rough section of South Jamaica, Queens. First, a miserably-married neighbor in his apartment building falls in love with him at first sight. Trouble is, Connie's (Brely Evans) hypocritical husband is very possessive despite … END_OF_DOCUMENT_TOKEN_TO_BE_REPLACED 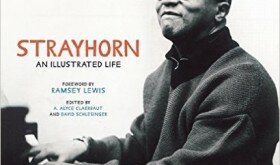 Strayhorn: An Illustrated Life Edited by A. Alyce Claerbaut and David Schlesinger   News Hook: An exploration of the life, work, and legacy of the jazz legend Billy Strayhorn, published to commemorate the centennial of his birth.   Strayhorn: An Illustrated Life celebrates the life of late jazz legend Billy Strayhorn, who is perhaps best know for the 28 years he spent as Duke Ellington’s “writing and arranging companion.” But … END_OF_DOCUMENT_TOKEN_TO_BE_REPLACED

ACRONYM TO FOLLOW by Peter Brav   Finally Our Day has come There’s a Day for everything For doughnuts, siblings, eight track tapes Grilled cheese, daughters and sons to work Encouragement, Alzheimer’s Coffee, math, chewing gum Blasphemy, yo-yos And now finally One for us Truly a Day to celebrate National Don’t Shoot An Unarmed Brother Doctor King Not Seeing Progress George Orwell Laughing It Is So About the … END_OF_DOCUMENT_TOKEN_TO_BE_REPLACED

Housing Sales Increase but Questions Remain By Burt Carey   Big bankers and mortgage lenders like Bank of America and Merrill Lynch say changing demographics are fueling a first-time home buyers market in 2015 that may be short-lived. Real estate, it seems, is heating up – at least for value seekers. At the current rate, home sales are on pace to post their best year since 2007, even with increased prices. Fueling the action are … END_OF_DOCUMENT_TOKEN_TO_BE_REPLACED

A Talk with Walker!

Alice Walker "The Color Purple 30th Anniversary” Interview with Kam Williams A Talk with Walker! Alice Walker won the Pulitzer Prize and the American Book Award for her third novel, "The Color Purple," which was made into an internationally popular film by Steven Spielberg. Her other best-selling novels, which have been translated into more than two dozen languages, include "By the Light of My Father’s Smile," "Possessing the Secret … END_OF_DOCUMENT_TOKEN_TO_BE_REPLACED 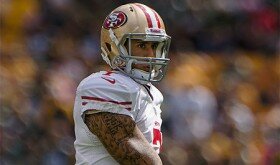 49ers Bench Colin Kaepernick Before Facing Falcons By Burt Carey Three years ago Colin Kaepernick was the dream quarterback the San Francisco 49ers had been looking for. He led the 9ers to their first Super Bowl appearance in 18 years and came within a snap of winning. He nearly repeated the performance in 2013, taking the 49ers into the NFC championship game before a close loss to the Seattle Seahawks. He hiccupped in 2014 – a … END_OF_DOCUMENT_TOKEN_TO_BE_REPLACED

Irony: Amazon Opens a Bookstore in Seattle By Burt Carey Business can be odd at times. Just ask anyone at Amazon. After the Seattle-based online retail behemoth opened a brick-and-mortar bookstore this week, virtually every industry analyst was caught marveling at the irony of such a move. For years Amazon ruthlessly cut prices on new books that that helped lead to the demise of Borders Books, Waldenbooks, B. Dalton and Crown Books, … END_OF_DOCUMENT_TOKEN_TO_BE_REPLACED

Western Skiers, Snowboarders Get an Early Start By Burt Carey With snow-making machines roaring to life and storms dropping temperatures and precipitation, winter ski and snowboard enthusiasts are set to hit the slopes before Thanksgiving at resorts from California to Colorado. Ready to handle those tens of thousands of visitors is Vail Resorts, Inc., and its subsidiaries. Vail Resorts has nine world-class mountain resorts and two … END_OF_DOCUMENT_TOKEN_TO_BE_REPLACED

Log Cabins Become Staples in 21st Century Living By Amy Lignor   An old saying by an over-worked mom is: “Someday I’m going to take the cat and head to a log cabin in the woods.” The feline was always invited, but the kids driving her crazy were not. Over time, the log cabin became a part of various industries; even horror movies made sure that all the bad guys lived in a haunted cabin in the woods, a place that all the … END_OF_DOCUMENT_TOKEN_TO_BE_REPLACED