Alan Jackson in Concert with Gloriana 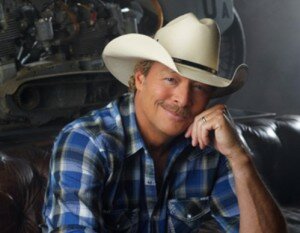 Country superstar Alan Jackson will bring his tour to the St. Augustine Amphitheatre on Friday, May 17, 2013.

Alan Jackson is one of the most successful and respected singer-songwriters in music.  He is in the elite company of Paul McCartney and John Lennon among songwriters who’ve written more than 20 songs that they’ve recorded and taken to the top of the charts.  Jackson is one of the 10 best-selling artists since the inception of SoundScan, ranking alongside the likes of Eminem and Metallica.  His current single, “You Go Your Way,” is from his chart-topping album,Thirty Miles West, which was released June 5.

Jackson has sold nearly 60 million albums worldwide, topped the country singles charts 35 times, and scored more than 50 Top-10 hits.  He has written or co-written 24 of his 35 #1 hit singles.  Jackson is a 18-time ACM Award winner, a 16-time CMA Award recipient, and a two-time Grammy-winning artist whose songwriting has earned him the prestigious ASCAP Founders Award and an induction into the Nashville Songwriters Hall of Fame as a 2011 Songwriter/Artist inductee.

Ok. I know this may be hard to believe but some of you didn’t know that I was a contestant on the GSN (Game Show Network) new bodypainting reality contest show, Skin Wars. Produced by Michael Levitt and Jill Goularte. Hosted by Rebecca Romijn. Judges were RuPaul, Craig Tracy (my personal hero) and Robin Slonina of Skin City. It is still currently airing Wednesday nights 9pm eastern/8 central on GSN. If you want to find the channel in your area go … END_OF_DOCUMENT_TOKEN_TO_BE_REPLACED

When owning property, there’s a list of information, rules, regulations, and rights the landowner needs to know in order to make sure that their property meets their objectives, whether it be a recreational or commercial investment. And for some, when it comes to managing resources and receiving the best benefits available, use of a tool referred to as a ‘conservation easement’ is one path to take.   By putting a … END_OF_DOCUMENT_TOKEN_TO_BE_REPLACED

Tested: Wicked Ridge Crossbow's Invader HP For a company that's been around for less than a decade, Wicked Ridge Crossbows has stormed onto the hunting scene with an impressive array of equipment, and its most recent introduction, the Invader HP crossbow, is perhaps its most remarkable product yet. If you read the company's advertising, you know Wicked Ridge to be "TenPoint Tested, TenPoint Tough," a less than subliminal message … END_OF_DOCUMENT_TOKEN_TO_BE_REPLACED

The ‘Invisible’ Manning WILL Be Heard! ~Amy Lignor Yes, we all hear about Peyton and his Broncos almost every minute of the day. But it seems, thus far, that his little bro (the one with more rings than his brother, but far less press), is having the time of his life right now. He is setting the Giants up to look good – very good – as contenders this season. And he has one thing his poor brother doesn’t have, receivers he knows and can work … END_OF_DOCUMENT_TOKEN_TO_BE_REPLACED

Recently I was invited by a friend of mine who is a photographer for the oil and gas industry to go on a tour of a Colorado local energy company, Noble Energy. I went because I am the idiot who likes to hear both sides of a story. I'd also prefer to know something first hand than hearsay. So I went to learn about Fracking. I went on this tour with the same basic knowledge that most of the people I know have about Fracking. 1. Fracking is … END_OF_DOCUMENT_TOKEN_TO_BE_REPLACED

The ‘Green’ of the Gaming Industry  ~ Samantha Lewis ‘Green’ comes in two forms with the gaming industry in 2014. The ‘green’ – as in cash – is what the gaming industry is seeing more and more of these days. There have been huge deals announced in the marketplace just this past week – with Amazon buying Twitch for $970 million dollars. Twitch is a service, by the way, that is actually based on allowing users to watch and broadcast video game … END_OF_DOCUMENT_TOKEN_TO_BE_REPLACED