Me and Earl and the Dying Girl

High school seniors Greg Gaines (Thomas Mann) and Earl Johnson (RJ Cyler) are not only best friends, they’re each other’s only friend, unless an empathetic history teacher counts. Mr. McCarthy (Jon Bernthal) has taken pity on the pair, letting them eat their lunch in his office to spare them the humiliation of being teased in the cafeteria on a daily basis.

Terminally-insecure Greg rationalizes their “carefully-cultivated invisibility” with the insight that, “Hot girls destroy your life.” So, instead of looking for love, the ostracized social zeros spend most of their free time shooting clownish parodies of memorable screen classics. But the 42  spoofs, sporting titles like “Eyes Wide Butt,” “A Sockwork Orange,” “Brew Velvet,” “A Box of Lips… Wow!” and “2:48 PM Cowboy,” suffer from such low-production values, that the amateur filmmakers are too embarrassed to share them with anybody.

At the start of the semester, we find Greg being pressured by his mother (Connie Britton) to visit the suddenly cancer-stricken daughter of one of her girlfriends (Molly Shannon). He agrees to do so rather reluctantly because he barely knows Rachel (Olivia Cooke), even though, until recently, she also attended Schenley High.

However, the two soon hit off, since they’re both artsy types given to an ingratiating combination of introspection and gallows humor. Greg returns to her house again and again, doing his best to prop up her spirits during a valiant battle with leukemia in which she loses her strength and her hair as a consequence of chemotherapy.

Eventually, he enlists the assistance of his BFF in making their first documentary, a biopic dedicated to the now bed-ridden Rachel. Throwing himself into the project with an admirable zeal, he marks the production with meaningful touches like get well wishes from the patient’s family and friends, including his own repeated assurances that she’s going to beat the disease. The only problem is that the attention paid to Rachel leaves little time for academics; and Greg’s plummeting grades have a negative effect on his college prospects.

Adapted from the Jesse Andrews young adult novel of the same name, Me and Earl and the Dying Girl is a bittersweet coming-of-age adventure directed by Alfonso Gomez-Rejon (The Town That Dreaded Sundown). The film was very warmly received at the Sundance Film Festival earlier this year where it landed both the Audience and Grand Jury Awards.

A refreshingly exhilarating, emotional and ultimately uplifting examination of youngsters forging an unbreakable bond in the face of a malignant force far beyond their control.

Rated  PG-13 for profanity, sexuality, drug use and mature themes

To order a copy of Me and Earl and the Dying Girl on Blu-ray, visit: http://www.amazon.com/exec/obidos/ASIN/B014662FQ0/ref%3dnosim/thslfofire-20 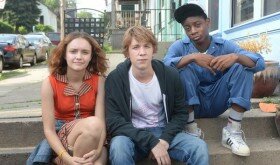 Me and Earl and the Dying Girl DVD Review by Kam Williams Adaptation of Bittersweet Young Adult Best Seller Arrives on DVD   High school seniors Greg Gaines (Thomas Mann) and Earl Johnson (RJ Cyler) are not only best friends, they're each other's only friend, unless an empathetic history teacher counts. Mr. McCarthy (Jon Bernthal) has taken pity on the pair, letting them eat their lunch in his office to spare them the … END_OF_DOCUMENT_TOKEN_TO_BE_REPLACED

Firefight The Century-Long Battle to Integrate New York's Bravest by Ginger Adams Otis Palgrave Macmillan / St. Martin's Press Hardcover, $28.00 288 pages, Illustrated ISBN: 978-1-137-28001-5 Book Review by Kam Williams “In 1919, when Wesley Williams became a New York City firefighter, he stepped into a world that was 100% white... Nearly a century later... New York had about 300 black firefighters--roughly 3% of its 11,000--in … END_OF_DOCUMENT_TOKEN_TO_BE_REPLACED

ACRONYM TO FOLLOW by Peter Brav   Finally Our Day has come There’s a Day for everything For doughnuts, siblings, eight track tapes Grilled cheese, daughters and sons to work Encouragement, Alzheimer’s Coffee, math, chewing gum Blasphemy, yo-yos And now finally One for us Truly a Day to celebrate National Don’t Shoot An Unarmed Brother Doctor King Not Seeing Progress George Orwell Laughing It Is So About the … END_OF_DOCUMENT_TOKEN_TO_BE_REPLACED

Housing Sales Increase but Questions Remain By Burt Carey   Big bankers and mortgage lenders like Bank of America and Merrill Lynch say changing demographics are fueling a first-time home buyers market in 2015 that may be short-lived. Real estate, it seems, is heating up – at least for value seekers. At the current rate, home sales are on pace to post their best year since 2007, even with increased prices. Fueling the action are … END_OF_DOCUMENT_TOKEN_TO_BE_REPLACED 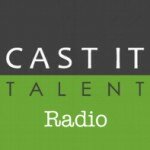 Actors Radio: Cast It Talent Radio comes to Cast It Talent! Actors Radio host Will Roberts brings you the best of the best of the film, theater, voice over, and entertainment industry each week.  This weekly actors radio show is an hour of acting related topics, including: acting tips, booking acting roles, what casting directors want from actors, how to audition as an actor, voice over, and anything related to the entertainment … END_OF_DOCUMENT_TOKEN_TO_BE_REPLACED

BOAT AND PAYOUT RECORDS ARE SHATTERED AS TRANQUILO WINS 2015 BISBEE’S LOS CABOS OFFSHORE TOURNAMENT   Cabo San Lucas, Baja California Sur:   The 2015 Los Cabos Offshore Tournament was one for the record books, literally. With an all-time high of 95 boats, an overall purse of $629,300 and top dollars to the winning boat, this “warm-up” for the Bisbee’s Black & Blue has certainly come into its … END_OF_DOCUMENT_TOKEN_TO_BE_REPLACED

Nielsen Expected to Roll Out Total Audience Measurement Tool By Burt Carey For the past 65 years the Nielsen Company has been the standard bearer for measuring television viewership. With the emergence of digital video recording, video on demand and mobile devices, advertisers and broadcasters alike have been clamoring for a tool to measure total viewership across all platforms. Nielsen is about to give them what they’ve been … END_OF_DOCUMENT_TOKEN_TO_BE_REPLACED

Best Bets for Snowbirds in 2015 By Burt Carey Now that the first snowflakes of fall have landed in North America, the annual migration of Canadian snowbirds to the United States and other more-southern reaches has begun. Americans are accustomed to huge influxes of Canadians in places such as Florida, Arizona and Southern California, and these days our neighbors from the north are spending winters in some off-the-beaten-path … END_OF_DOCUMENT_TOKEN_TO_BE_REPLACED

Log Cabins Become Staples in 21st Century Living By Amy Lignor   An old saying by an over-worked mom is: “Someday I’m going to take the cat and head to a log cabin in the woods.” The feline was always invited, but the kids driving her crazy were not. Over time, the log cabin became a part of various industries; even horror movies made sure that all the bad guys lived in a haunted cabin in the woods, a place that all the … END_OF_DOCUMENT_TOKEN_TO_BE_REPLACED