Sportsmen and women love the outdoors. They love the thrill of the hunt, or the silence of the water while looking to catch the perfect bass for dinner; they love the hiking and exploration that the mountains provide, as well as the mountain biking and plain, old walking that leads them to places and locations they’ve never seen before.

However, there are a few locations that have most definitely been seen before – whether at home or in the outside world – that have a history of serving the sports world. Each one has its very own past, and not one should ever be lost from the firm ground of America.

Recently, with headlines speaking about actual treasured locations that are now being lost after centuries due to a present-day battle, more people want to find a way to make sure that their prized-locales will never see the age of destruction.

When it comes to the Indianapolis Motor Speedway, we’re talking about a location that is truly among the top ones where sports people are concerned. Built way back in 1909, the Speedway was the first auto racing track built in North America, which became a much-needed place to test the development of consumer automobiles, along with auto racing, itself. The most famous race in the world is held at the IMS; the Indianapolis 500 – and can literally never be destroyed.

Back in 1914 Wrigley Field opened, and it has been a staple of the American people ever since. Home of the Chicago Cubs in 1916, even though Babe Ruth called it a ‘dump’ when he and the rest of the Yankees played there during the 1932 World Series, all Americans truly find this site beautiful. Although the ‘old-fashioned’ charm of the stadium was changed a bit when correct stadium seating was put in so people could better enjoy themselves, Wrigley Field still offers the ivy-covered brick wall that’s a staple in all pictures of the past. Wrigley is pure history.

For the football fans out there only one field – no matter what team you route for – is a true staple when it comes to the United States. Lambeau Field in Green Bay will not win any awards for being the most beautiful, comfortable or warmest ever – this is true. But only the Green Bay Packers can claim the first and deepest connection to its local neighborhoods. This is the only team owned by a corporation where every single citizen of Green Bay is a shareholder.

Lambeau Field was built in 1957, and it is truly a source of pride. And seeing as that the street it sits on is Lombardi Avenue and the one and only trophy every NFL team vies for yearly is named after Lombardi – then Lambeau Field deserves the right to stay exactly where it is.

To list another for baseball may seem mean to the other sports, but if you have Wrigley you need to have Fenway; the oldest park in MLB history. Home to the Boston Red Sox since 1912, Fenway’s strange dimensions were actually determined by the city block where the stadium would be built. (A rather strange-shaped block, to say the least.) And even though the sight of Fenway may be more than a bit different than with other ballparks, Fenway is true and utter American history.

No one should ever harm Churchill Downs considering the history, background and the famous Kentucky Derby running that occurs there every year. This is the place of thoroughbreds, as well as anther track dedicated to the horseracing industry: Saratoga.

Saratoga opened in 1863, making it the oldest organized sporting venue of any kind in the United States. The oldest wins!

So as you enjoy the Great Outdoors, remember that there are some locations that are simply being lost around the globe; treasures that will never be seen again and can never be brought back to life once they are gone. Hopefully, we in the U.S. will make sure that our treasures – no matter what they may be – are protected for many generations to enjoy.

Get on Up Film Review by Kam Williams   Chadwick Channels James Brown in Nostalgic Jukebox Musical   Just last year, Chadwick Boseman successfully channeled the spirit of Jackie Robinson in 42, a powerful biopic about the Hall of Fame great who made history when he integrated Major League Baseball in 1947. In Get on Up, the gifted young actor is already impersonating another legendary African-American, the Godfather of Soul, James Brown … END_OF_DOCUMENT_TOKEN_TO_BE_REPLACED

A Hunter is Center Stage Once More in The Catch by Taylor Stevens Book Review by Amy Lignor Vanessa Michael Monroe is known as a bit of a chameleon. She is a definite hunter who has built her reputation on getting things done, whether it be dangerous things, or shady deals in the legal realm, Vanessa knows what it takes to succeed. Usually on the go and traveling near and far, Vanessa behaves much like a man, especially when she heads into … END_OF_DOCUMENT_TOKEN_TO_BE_REPLACED

For our March Walk on White, we will be feauring works by Elizabeth Devries, Coco Eriksen, Helen Harrison, Vera Vasek, and more of your favorite Harrison Gallery artists. Like us on … END_OF_DOCUMENT_TOKEN_TO_BE_REPLACED

Republic Ranches: A Brokerage Firm Dedicated to the Land & Devoted to the Client   Large tracts of land perfect for the outdoor pursuits whether rattling deer in the brush country, calling ducks on the prairie, casting top waters for bass on an East Texas lake or working cattle in the big country - ranches, farms, and rural settings that are found across all the eco-regions of  the Lone Star State and Oklahoma. These … END_OF_DOCUMENT_TOKEN_TO_BE_REPLACED 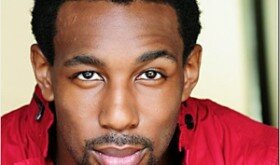 Season of the tWitch

Stephen “tWitch” Boss The “Step Up All In” Interview with Kam Williams Season of the tWitch   Stephen “tWitch” Boss is a “So You Think You Can Dance” All-Star and fan favorite who continues to make a splash with his multitude of talents. He was also the first dancer endorsed by Gatorade, officially recognizing 'dance' as a sport.   tWitch is a recurring guest DJ on “Ellen,” serving as Ellen DeGeneres’ sidekick on the show … END_OF_DOCUMENT_TOKEN_TO_BE_REPLACED

The Secret Life of an Ammunition Company: Your next deer might be the result of 20 years of research   Back in 1898, a young German hunter and inventor by the name of Wilhelm Brenneke, fed up with the inferior ammunition available at the time, created the modern shotgun slug. It turned hunting on its head, as finally, there was an inexpensive, accurate, universally adaptable, and devastatingly effective projectile … END_OF_DOCUMENT_TOKEN_TO_BE_REPLACED

A Time for Football Hero’s – Not Zero’s ~ Amy Lignor The Hall of Fame induction is a class-act event. It is a time when the best of the best get placed among the other ‘masters’ of the game who changed football for the better when they were on the gridiron. The event is one that has nothing to do with reports of charges, arrests, etc., that seem to fill the pages of newspapers and sports media sites. It is a moment in time where the NFL looks … END_OF_DOCUMENT_TOKEN_TO_BE_REPLACED

How Can YOU be Part of the GROUND FLOOR Mega Hit, Nerium, in Canada?  ~ Betsy R. Smith Sales hit $1 million in just 2 weeks as Nerium International hit the ground running in Canada!  And that was just in 2 provinces.  Now open throughout Canada, momentum is building and the operation is running smoothly.   Ever want to be in the right place at the right time?  This is it.  Check out some of the news from the Nerium Blog about Canada … END_OF_DOCUMENT_TOKEN_TO_BE_REPLACED

FIRST PEOPLES BUFFALO JUMP, Southwest of Great Falls, MT   The Interpretive Center wasn't open @ 8 a.m., I just drove on and found signs for the higher access to the Buffalo Jump off the rocks, over the ledge ~THE Buffalo ran and their legs, necks, backs were broken in many places and the People finished them off! I took many pictures and the first animal besides a small flock of Raven was a big fat Rock Chuck who posed for me, … END_OF_DOCUMENT_TOKEN_TO_BE_REPLACED

Saving the Planet by Fostering: The Entire Earth Matters  ~ Samantha Lewis We clean the air. We clean the oceans. People are working hard all across the globe to make sure the world we live in becomes better. There are organizations out there saving endangered species; as well as organizations protecting endangered historic locales that literally are the backbone of our history. But there is another group that also needs saving. Although … END_OF_DOCUMENT_TOKEN_TO_BE_REPLACED