You are here: Home / Business / A Legend for One & All Rests on St. Simon’s Island

A Legend for One & All Rests on St. Simon’s Island

A Legend for One & All Rests on St. Simon’s Island

Places of beauty are numerous, but there are very few that when you walk through them, you can actually feel the history that surrounds you. The scent of the gardens outside, the brilliant sun shining through a stained glass window that has lit the faces of many prominent individuals over the centuries…this the place we will speak about today; an incredible location that has so many tales to tell.

On St. Simon’s Island – the true gem of the Golden Isles located off the Coast of Georgia – sits a mystical place full of ancient tales, history, as well as a few ghosts that perhaps roam the grounds where they were the most happy. 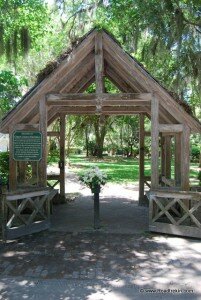 We first mentioned Christ Church to you in an article regarding a tour company. Tours offered by an adventurer named, Cap Fendig, that take visitors all through the majesty of St. Simon’s Island – from plantations to the shopping district. One of the most amazing stops on this tour is Christ Church, and after hearing about it and reading about it, I must tell you that this is one historian who is truly in love.

Therefore, I want to spread that love to all of you out there who have a passion for beauty, the past, and even things that go ’bump’ in the night.

This site is a Victorian church dating all the way back to the late 1800’s. The stunning stained glass windows allow visitors to revel in a lost world, but inside the walls there is absolute peace. A spot to close one’s eyes and try to imagine those famous and infamous people who once sat in these pews, and reflect on how far life has come.

One of the most exciting things for the historian or the adventurer is the fact that the church also has beautiful grounds that include a cemetery. There are so many who were laid to rest here – from people who changed the world with their writing, to the founders of the Island – that it becomes a true walk through time.

Being a writer, one of the most amazing souls who rests there is the prestigious author, Eugenia Price, who wrote many novels over her long career about St. Simon’s Island and the surrounding areas. In fact, she was almost obsessed with this particular place, when she came across Christ Church on a visit and learned of all the amazing backstories of the people who created and lived in the historic town. Her research and these true larger-than-life characters became the biggest part of her world, as she moved to St. Simon’s permanently and became a part of the ever-growing history in the Christ Church cemetery.

One site that you can not forget is what the locals deem, the Wesley Oak. This huge, gnarled tree may look like something out of a Tim Burton movie – some mystical place 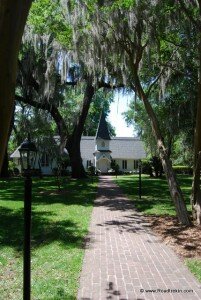 where inside dreams dwell – and it probably does, seeing as that a great deal of history is wrapped up in its many branches. It was beside this tree long ago that the Methodist preachers, John and Charles Wesley, preached in the very early days of this colony of Frederica. Ones with imagination can almost hear their voices offer praise and celebration as they walk along the pristine, secluded path leading to even more statuary that sits across the road from the church.

Being one of the oldest churches in Georgia, Christ Church has that special aura about it. Resting in tall grass that blows ever so gently, it almost seems as if the souls are still speaking to one another during one of their blissful Sundays where they got together to catch up on the life of the town and the latest gossip. Founded on St. Simons Island nearly seventy years after the island was first settled by English colonists, amazingly enough worship has been continuous since 1736.

The people who were  the largest part of the Christ Church – and who also reside in the cemetery – were James Oglethorpe and the first English settlers who arrived in 1736. A few months later, Reverend Charles Wesley, who also served as Secretary for Indian Affairs and Chaplain to General James Oglethorpe, entered his ministry at Frederica, and from 1736 to 1766, the first religious services on the island were conducted by John Wesley, George Whitfield, and other clergy members.

In 1752, when the Trustees surrendered their charter to the king, Georgia became a royal colony, and it was after the Revolutionary War, that Christ Church was founded. The actual building of the structure had to wait that long, seeing as that the small population on the Island was prevented by the Revolutionary War and the War of 1812 from erecting the church.

It was a petition that changed things, a petition for a charter by descendants of the early settlers, such as Oglethorpe,  that Christ Church was established by an act of the state legislature in 1808, making it the second oldest Episcopal Church in the diocese of Georgia. This poor site has gone through quite a bit over time. In fact the first church building that was placed on the site – exactly where the present church now stands – was destroyed by Union Troops.

Rebuilt in 1884, the first rector was Rev. Edmund Matthews, and the services were attended by the residents from the fourteen plantations that rested on the Island. This was truly the center of the community where everything from social to religious facets of their lives revolved, but with the Union brigade came an intense fear. The townspeople salvaged the pieces they could from what was a very important home to them all their .lives after the attack. Included in that salvage were the four-columned credence table base that still stands to the right of the altar, and some pews that are adorned with carved crosses on the ends now located in the choir. All of these truly devoted people who tried to save their history are now buried behind the church – from the rich to the poor and hardworking, Christ Church cemetery is home to all its devotees and their descendants.

The remnants of the first altar was incorporated into the present altar in 1884, as shipbuilders constructed the new church. Cruciform in shape, it actually resembled an inverted ship’s hull – representing the fact that for St. Simon’s Island – this little church was truly their ship of faith.

Which brings us to the stunning Tiffany stained glass windows. John and Charles Wesley and their ministry held under the stunning live oak trees is represented in one of these vibrant wonders, with a representation of the ship that brought John Wesley to St. Simon’s from Savannah, in the background. Another window, of course, was created in celebration of the founder of Georgia – General James Oglethorpe, while still another is dedicated in memory of Reverend Anson Green Phelps Dodge, Jr., who rebuilt Christ Church.

The windows go on and on, dedicated and created by the descendants of these glorious people who left behind not only a legacy but a truly amazing place that every one of us should see firsthand.

There have been countless visitors to this historic Church including, former Archbishop of Canterbury George Carey, Queen Wilhelmina, Presidents Calvin Coolidge, Jimmy Carter and George Bush, and even Vice-President Alben Barkley.

Today Christ Church boasts nearly 1,000 members, with Docents keeping  the church open to visitors 364 days a year. From guild members who take food and offer comfort to bereaved families to an Angel Guild that operates out of the Church helping those who are in need, huge and varied ‘teams’ stem from Christ Church and they are known to support dozens of community and worldwide charities with their kindness.

This is the sheer magnificence of yet another incredible landmark like no other that rests in the absolute peaceful and serene world of St. Simon’s Island. This is one of many where you can go and visit, when you stay in the King and Prince Resort and enjoy the most amazing accommodations, dining, and so much more.

But, as promised…yes, there is a story about things that go ‘bump’ in the night.

You see, if you stand outside the walls of the cemetery at Christ Church at night, you may just see a young woman arise; a woman with a true fear of the dark who is buried there. Legend states that after this young woman passed on, her husband brought a lit candle each and every night to her grave in order to have the light shine at all times so she would never be scared of the dark. However, there are many who claim they can still see that flickering light in the cemetery. But seeing as that the souls were reunited, I would look at this as more of a romantic legend than a scary one. Because maybe – just maybe – that candle flickering is what they use to light their steps as they dance under the mighty oak to music we simply do not have the power to hear.

For more information go to: 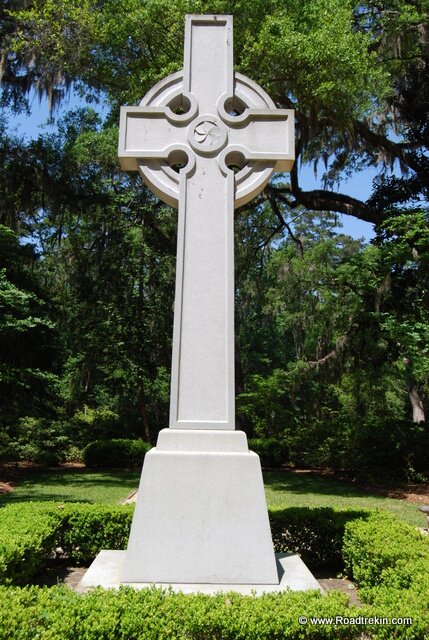 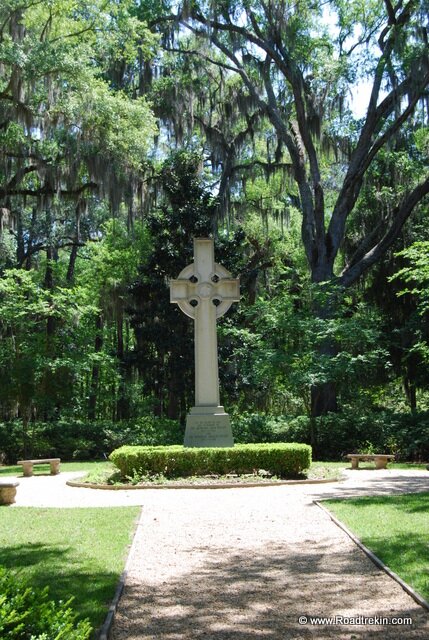 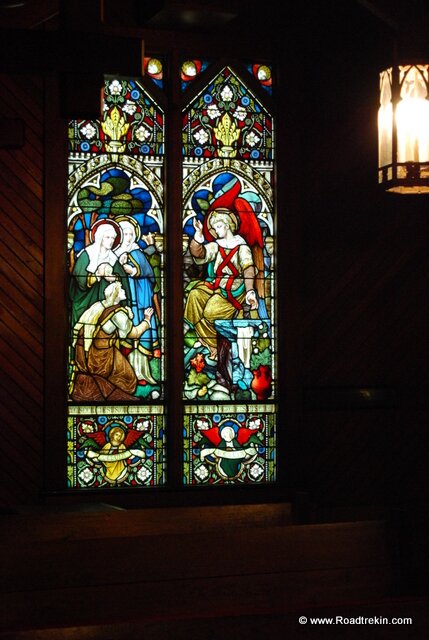 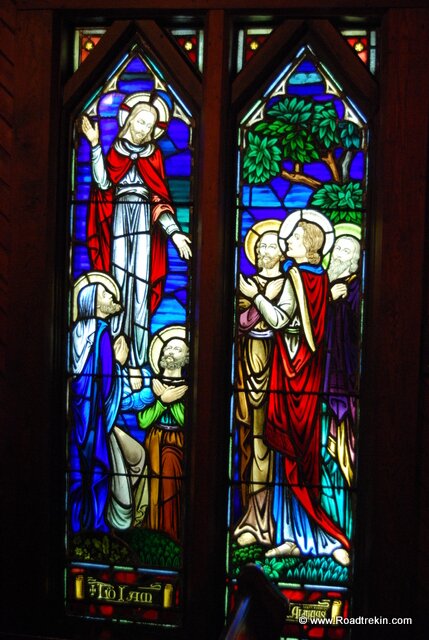 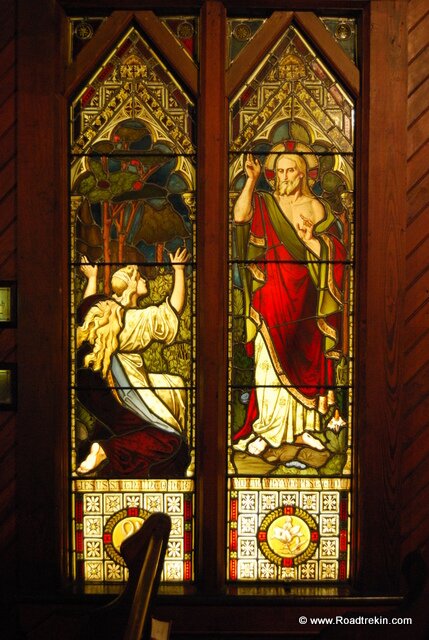 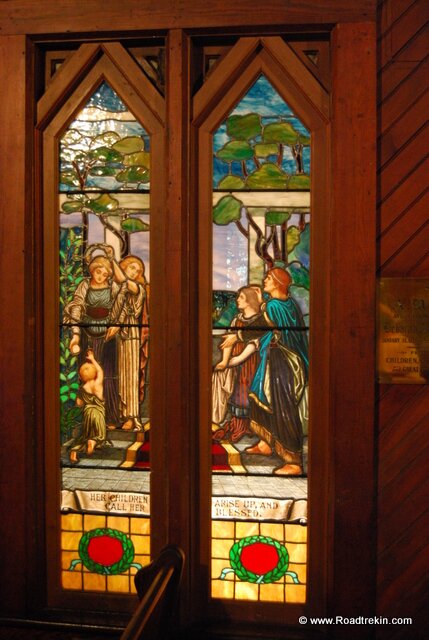 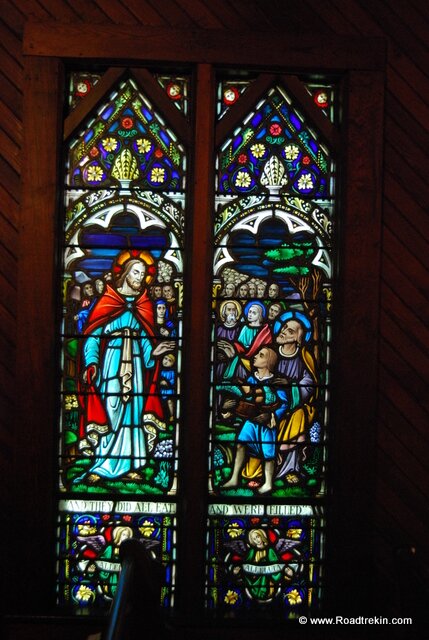 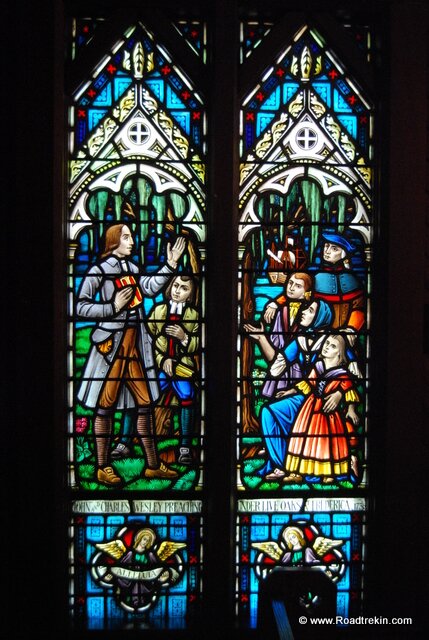 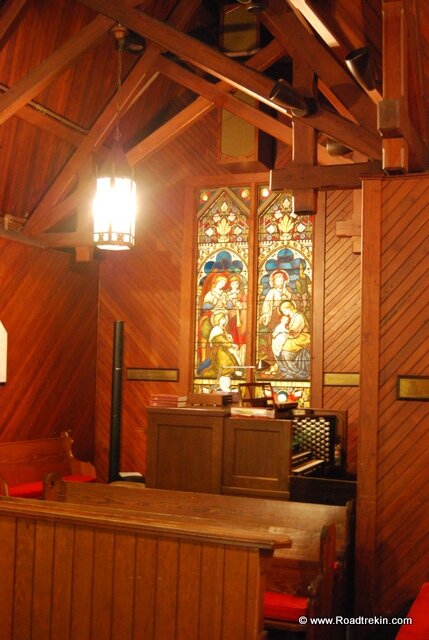 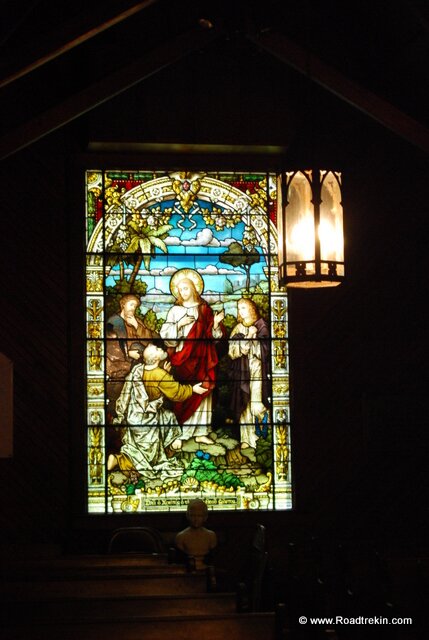 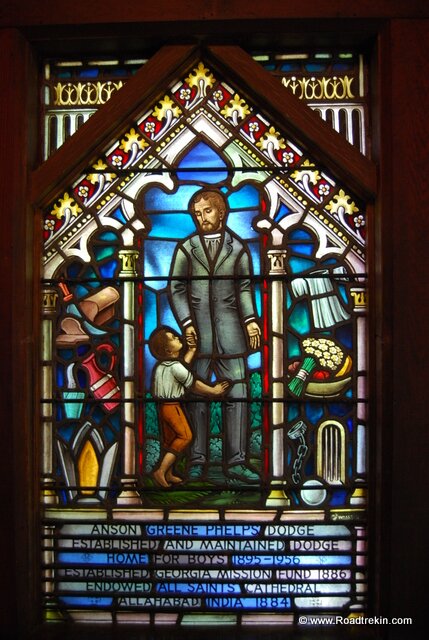 Superior. Renowned. Legendary. Each of these words defines Abu Garcia. From its inception on the banks of the Mörrum River in Svängsta, Sweden, Abu Garcia, then AB Urfabriken, has … END_OF_DOCUMENT_TOKEN_TO_BE_REPLACED