The NFL is all about hitting, ensnaring the QB and building up the number of sacks on your resume. Football is a contact sport, and most certainly would be boring if Manning, and others, simply wore a flag at their waists and nobody ever went down on the turf. However, there are environmental issues to consider when it comes to the NFL. No, we are not talking about stadiums with solar panels, or utilizing wind energy, or installing special plumbing/water systems that save their town extra costs. Those actually have happened. This time around, it is a particular stadium architectural ‘plan’ and design that has led to an issue regarding animal safety.

the works to be built in Minnesota. ABC – the American Bird Conservancy – certainly is not against football. What they are talking about is this: the new stadium in question will feature large expanses of glass that will, for a fact, kill thousands of birds over time, and that is unacceptable.

ABC has already been turned down; with the Minnesota Vikings organization as well as the Minnesota Sports Authority saying they will not invest the extra money in order to make the adjustments. But ABC has not stopped there. They have requested a meeting with the NFL Commissioner, Roger Goodell, to take their grievances to the top, so to speak.

In the request they sent to the Commissioner, they stated they were extremely concerned that the Vikings Stadium in question will have such a large glass wall exterior that there will be birds – some legally protected by federal law – that will be killed because of the structure. (Minnesota is not the only one ABC wishes to address. It seems that the stadiums in Atlanta, San Diego, and L.A. are also seeing rising numbers in bird deaths because of their structures.)

The Eagles, Cardinals, Seahawks, Ravens, Falcons – you name it, the NFL most certainly has utilized these birds in their teams. They are the icons, so to speak, of internationally-known football teams that should be protecting their mascot – not setting up structures that will actually kill them because of unavoidable collisions between bird and building.

Let’s face it here. Football fans are avid, ardent, passionate people who think far more about their team, their towns, and their players than they do about birds. Of course, thousands of those thousands of fans are also wildlife protectors and wish to make sure that everything from endangered species to all creatures are kept safe, so that the next generation can enjoy them. So…there is a debate.

This new stadium set to be built in Minnesota will take two years to complete. The astronomical cost reaches nearly one billion dollars to complete. But to alter the plans just a bit and actually change the design will cost approximately 1 million, which is less than one-tenth they are already spending.

A great many people know the word ‘Audubon’ – the organization that fights for the rights of all animals, and works so that more wildlife-friendly products will be used by mankind to stop species from disappearing altogether. And it is the Minnesota Audubon that is continually working to have stadiums built with bird-friendly glass. This is a glass that has low reflectivity on the outside and a pattern of ceramic dots that would deter birds, yet would not disable the view, design, or beauty of the building. Fans will still be able to see out, but the birds will be able to see the monstrosity and veer away.

Scientists at the Smithsonian Conservation Biology Institute and the U.S. Fish and Wildlife Service, found that between 365 and 988 million birds are likely killed in the United States annually because of collisions with buildings. So, really, it all comes down to this: If spending one billion already for a stadium to be built, then how tough would it be to tack on that one million to save these creatures?

Answer: Not tough at all.

Jersey Shore Massacre Film Review by Kam Williams   Weekend Getaway Turns Gory in High Body-Count Slasher Flick    When Teresa (Danielle Dallacco) and her girlfriends arrive at their rental house on the Jersey Shore, they’re shocked to learn that their sleazy stoner landlord (Ron Jeremy) already let someone else have the place for the weekend.  Luckily, Teresa’s mobster Uncle Vito (Dominic Lucci) happens to have a summer home sitting … END_OF_DOCUMENT_TOKEN_TO_BE_REPLACED

Thoughts from a Unicorn: 100% black. 100% jewish. 0% safe. by MaNishtana Foreword by Saul Sudin Hyphen Publishing Paperback, $19.95 392 pages, Illustrated ISBN: 978-0-61574758-3 Book Review by Kam Williams “Born to an African-American Orthodox Jewish family, MaNisshtana has spent his life being Black, being Jewish, fielding questions and accusations from all sides, and occasionally just Being. Through this witty, straight-talking … END_OF_DOCUMENT_TOKEN_TO_BE_REPLACED

Recently I have been thrust into the limelight as a contestant on Skin Wars, a body painting competition series on GSN (Game Show Network) which aired it's first episode last week, August 6th and runs for 8 weeks. I went to Las Vegas for a body painting convention this past weekend for the Bodypainting Jamtacular hosted by Suzanne Luganno of SyFy's Naked Vegas. I was recognized for being on the show first by the doorman at our hotel. Then it … END_OF_DOCUMENT_TOKEN_TO_BE_REPLACED

Mark Matthews of Republic Ranches: The Ultimate Land Stewards   Republic Ranches is a name in the real estate industry that’s highly respected, because trust goes hand-in-hand with anything and everything they accomplish for their clients.   A Texas and Oklahoma licensed farm and ranch brokerage firm, Republic Ranches has five branch offices operating statewide that represent both buyers and sellers of farms, … END_OF_DOCUMENT_TOKEN_TO_BE_REPLACED

Laugh Until You Cry ~ Amy Lignor I was a kid. I had the best family imaginable, yet I felt out of place. The only thing I could really do well was make up jokes when others weren’t feeling all that good. Even today, as my Mom struggles with retirement and getting older, she’ll cry at times because she feels like a burden (which, by the way, she is not). But even at those times, I can tell a joke, or change my voice in such a way that makes the … END_OF_DOCUMENT_TOKEN_TO_BE_REPLACED

Innovation and Safety -- The Hallmarks of TenPoint's Success   To the untrained eye, a crossbow is such a simple tool. After all, historians say its design dates as far back as the 5th century BC and was meticulously described by the Greek author Heron of Alexandria. He called it the gastraphetes, which resembled a heavyweight archer's bow attached to a wooden launching arm. The operator would push the butt-end of the launcher … END_OF_DOCUMENT_TOKEN_TO_BE_REPLACED 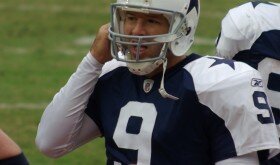 The Battle of the NFL Dynasties is Coming Soon ~ Amy Lignor   Jerry Jones says he’s convinced; others, well…it will take just a little while to see if the topsy-turvy QB, Tony Romo, will be able to make it through this season and help bring the Cowboys out of their half-and-half slump.    Most Dallas fans are biting their fingernails. They, like San Francisco fans, are fans of teams that not only want their team to win a … END_OF_DOCUMENT_TOKEN_TO_BE_REPLACED

How Can YOU be Part of the GROUND FLOOR Mega Hit, Nerium, in Canada?  ~ Betsy R. Smith Sales hit $1 million in just 2 weeks as Nerium International hit the ground running in Canada!  And that was just in 2 provinces.  Now open throughout Canada, momentum is building and the operation is running smoothly.   Ever want to be in the right place at the right time?  This is it.  Check out some of the news from the Nerium Blog about Canada … END_OF_DOCUMENT_TOKEN_TO_BE_REPLACED

FIRST PEOPLES BUFFALO JUMP, Southwest of Great Falls, MT   The Interpretive Center wasn't open @ 8 a.m., I just drove on and found signs for the higher access to the Buffalo Jump off the rocks, over the ledge ~THE Buffalo ran and their legs, necks, backs were broken in many places and the People finished them off! I took many pictures and the first animal besides a small flock of Raven was a big fat Rock Chuck who posed for me, … END_OF_DOCUMENT_TOKEN_TO_BE_REPLACED

A Glass Stadium for the NFL Causes Environmental Issues  ~ Samantha Lewis The NFL is all about hitting, ensnaring the QB and building up the number of sacks on your resume. Football is a contact sport, and most certainly would be boring if Manning, and others, simply wore a flag at their waists and nobody ever went down on the turf. However, there are environmental issues to consider when it comes to the NFL. No, we are not talking about … END_OF_DOCUMENT_TOKEN_TO_BE_REPLACED 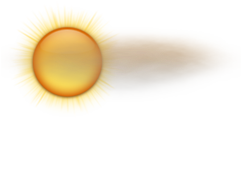