This week involves a little schooling. Yes…I can just hear the front door closing and computers being clicked over to Facebook, Twitter, or anything that is hosting a ‘world’s dumbest’ something or other. People sitting in from of their screens will say: What do I need this for?  Well… you can never get too

much education (and sarcastic humor) during your lifetime.

Here are two words; ecology, a noun: (1) The branch of biology that tells of the relations of organisms to each other and their surroundings; (2) The political movement that seeks to protect the environment, especially from pollution. (I know, I know…a political movement is a bit difficult to swallow seeing as that anyone in politics barely moves out of their own chair lately. So we’ll skip this particular definition for the lesson.)

Next: ethology, also a noun: The science of animal behavior. (And before you ask, yes, this can also be studied at a bar on a Saturday evening. Note: It is during football playoff season where you can really see exactly how animals behave.)

The point is, the above words are actually far different in meaning. Ecology, when speaking about the relationship between organisms and their surrounding environments, comes from the well-known ideas of Mr. Charles Darwin. This naturalist and geologist believed beyond a shadow of a doubt that all of life’s species descended over time from the same ancestors, offering up the theory that evolution resulted from what he called “natural selection.”

When moving on to ethology, this is the inner study – the downright facts – of why animals actually behave the way they do. For example, a dog that is wagging his/her tail being an illustration of some sort of behavior. When dog sees beloved companion coming, it stands still, looks at the individual, and begins to wag his tail. Why does this happen? As a greeting, of course. The dog is happy. But then, as the dog matures, the tail wagging occurs for many things – the companion, a friendly face, or a nice big steak. The tail wag is to tell the human that they won’t be devoured, they are loved, and also helps the dog survive.

We’re told that dogs get the tail wagging because wolves also wagged their tails. (An ancestor; hence, ecology.) But for each species – even though related – the trait can and will be used differently. When a wolf wags its tail they are probably on the hunt for food, and when they spot their prey they are calling the other pack members to help chase the prey down. Yes, still friendly. However, if a person decides to walk up and pat the wolf on the head…that would be a major mistake.

Various species carry the same traits, but do not use those traits the same. Putting that in an even easier to understand manner: The wolf will call out to the pack with a howl. That howl will denote various things to the ‘family.’ A dog will howl and it can mean anything from “Welcome Home” to “Back off, that’s my fire hydrant.” And, yes, a person sitting at the bar watching that Super Bowl in say…Seattle, looks up and sees an interception that wins the Patriots the game, and will use their howl to mean something else.

Do we all stem from the same place? Sure looks that way. But this lesson, friends, shows you the difference between two in-depth theories and most definitely allows you to see when to pat a species on the head with its tail wagging…or simply move on and go about your business.

ACRONYM TO FOLLOW by Peter Brav   Finally Our Day has come There’s a Day for everything For doughnuts, siblings, eight track tapes Grilled cheese, daughters and sons to work Encouragement, Alzheimer’s Coffee, math, chewing gum Blasphemy, yo-yos And now finally One for us Truly a Day to celebrate National Don’t Shoot An Unarmed Brother Doctor King Not Seeing Progress George Orwell Laughing It Is So About the … END_OF_DOCUMENT_TOKEN_TO_BE_REPLACED

Solar Pump Technology Earns Blue Ribbon in the Lone Star State   In the immense state of Texas, water is the key ingredient for all landowners to keep property thriving. And with every step that solar technology takes, the ability for Texas landowners to discover and utilize far more beneficial ways to help store and distribute water, gets easier.   When you say the words “water pump” to certain age groups, … END_OF_DOCUMENT_TOKEN_TO_BE_REPLACED

Democracy Wake Takes Empowerment to the Streets   This is an unprecedented time in America, with people champing at the bit to take back their government from the forces driven by special interests and big money. And now, the average person has the opportunity to get involved, make a difference and do their part to rouse American Democracy from its too-long and too-deep slumber. Democracy Awake will add an unprecedented … END_OF_DOCUMENT_TOKEN_TO_BE_REPLACED

Green Propulsion Helping Preserve Water Access   Clean water — especially in urban areas — is becoming more and more of a hot button topic all across the United States. As additional source-water bodies are being protected, boaters and anglers are finding themselves in the crosshairs of restricted access. Fortunately, some innovative anglers and new technology are helping change that. One such example of actually … END_OF_DOCUMENT_TOKEN_TO_BE_REPLACED 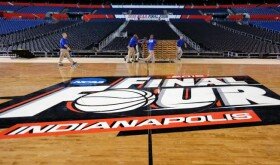 After 74 Years Only the “Devil” Stands in Wisconsin’s Way ~ Amy Lignor Who the champions were of men’s college basketball is not exactly the headline one remembers from 1941. Although the headlines around the nation on this Easter morn are all about how the undefeated “Cinderella” team of Kentucky fell, Wisconsin – the winner that heads on to the national championship – should also be spoken about. Wisconsin is about to meet up with … END_OF_DOCUMENT_TOKEN_TO_BE_REPLACED

Social Media as a Marketing Tool

Facebook, with its 1.39 billion users, accounts for about 19 percent of the world’s population. YouTube follows close behind with one billion users. Given these statistics, it is not surprising that more and more companies are using social media networks to reach out to new customers, establish a relationship with existing customers and improve brand loyalty. Are you planning to jump on to the social media bandwagon in the near future? Then don’t … END_OF_DOCUMENT_TOKEN_TO_BE_REPLACED 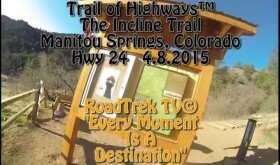 Trail of Highways™ Incline Trail Manitou Springs, Colorado Hwy 24  4.8.2015   This hike took me one hour and ten minutes, others in our party did it in under a hour and still others even longer.  This hike isn’t for the faint of heart.  This is the first part of the climb.   The Incline is ranked at the 4 toughest stair climb in the world. you gain 2000 ft elevation in under a mile. (.09)  Hiking up means … END_OF_DOCUMENT_TOKEN_TO_BE_REPLACED

A Darwinian Lesson ~ Samantha Lewis This week involves a little schooling. Yes…I can just hear the front door closing and computers being clicked over to Facebook, Twitter, or anything that is hosting a ‘world’s dumbest’ something or other. People sitting in from of their screens will say: What do I need this for?  Well... you can never get too much education (and sarcastic humor) during your lifetime.   Here are two words; ecology, … END_OF_DOCUMENT_TOKEN_TO_BE_REPLACED