The Ultimate in Waterfowl Concealment 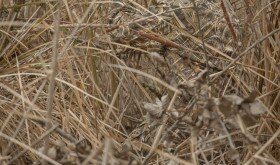 Repentance Film Review by Kam Williams Psychological Thriller Traces Grief-Stricken Man’s Slow Descent into Insanity Therapist Thomas Carter (Anthony Mackie) has just published a popular self-help book about the near death experience which helped him turn his life around. He is proud of the fact that after almost perishing in a horrific, alcohol-related car […] 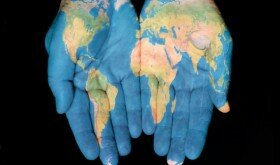 by ~Betsy Smith Jeff Olson and the other founders of Nerium are ramping up big time to go global! At only two years old the company has broken a number of records, including for sales. In the first full year they exceeded $100 million in sales with just one product and only in the US. […]

From the Runway to the Red Carpet!

Rebecca Da Costa “The Bag Man” Interview with Kam Williams From the Runway to the Red Carpet! Born in Recife, Brazil, supermodel-turned-actress Rebecca Da Costa studied at the Rui Barbosa School where she pursued her love of theater by writing, directing and starring in a number of plays. At the age of 14, Rebecca was discovered […]

Transforming Pain to Power Unlock Your Unlimited Potential by Daniel Beaty Berkley Books Hardcover, $19.95 236 pages ISBN: 978-0-425-26748-6   Book Review by Kam Williams   “I grew up in Dayton, Ohio in a home scarred by addiction and incarceration. For most of my childhood… I thought chaos, bondage and sadness were the norm … My concept […]

Envelope Please: Who Will Win, Who Deserves to Win, Who Was Snubbed

Oscar Predictions 2014 The Envelope Please: Who Will Win, Who Deserves to Win, Who Was Snubbed by Kam Williams 12 Years a Slave is benefiting from the most Best Picture buzz as we approach Oscar night, although this is shaping up as one of those rare years when the award for Best Director will […]

The ‘Hillerman’ Clan is Back in Spider Woman’s Daughter

Being the daughter of the late, great literary wizard, Tony Hillerman, Anne has followed in her father’s footsteps in a great way with this book. Her career is in reporting, as well as being a writer of nonfiction, but now she has released this debut novel featuring characters from Navajo Country that her […]

The Pomp & Circumstance of the Olympics…Costs 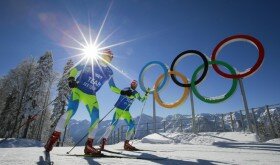 by Amy Lignor After watching the Olympics held in the United Kingdom – the pomp, the circumstance, the beauty of the creations they made there to support and salute the athletes from around the globe, it seemed as if it was actually the most expensive Olympic Games on record. However…when we talk about the […]