In Ten Days It’s All Over–Maybe

In 10 days everyone will have voted. Some voted early and some not until election day. Hopefully we will all go to bed early that evening and voters will have registered a clear decision.

As of today, we still have a very close election. I’m really not sure why, but that’s the way it is. Whatever happens we’ll have to live with it.  Maybe in 20 years or in a 100 years some historian will sit down and figure out why it was so close or maybe no one will care enough to try to even think about this election in 20, 100 or even 500 hundred years from now. We can’t really know right now how it will all turn out.

The polls are getting closer in some key swing states, but there are confusing claims and counterclaims. Some polls may favor respondents from one party over another, and 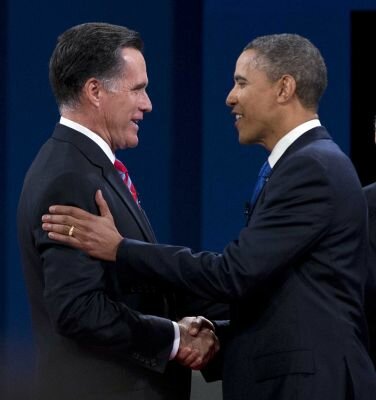 in an era of large scale early voting those early voters may be under-counted in the polls. This can have a major effect especially if it is known that early voters have favored one candidate over the other. Of course, if that’s not known, then someone will have to fund a new poll to find out.

It’s not just a matter of GOP or DEM constituents being under-represented, but also less representation of minority and/or young voters, who are claimed to vote Democratic more often than not. But we really won’t know what the effects will be until voters show up and actually vote in either continuing early voting or on election day.

An additional complication is the terrible weather now playing out on the east coast. This storm may effect voting in 5-8 states. Considerable damage and widespread power outages could affect both early voting and in some cases voting in traditional polling places through election day and beyond. Evacuation orders have been given for low-lying areas in New York City, which is also expected to shut down major transit systems in the city for at least several days. Over 350,000 live in areas affected by the evacuation order. A storm surge in excess of 10 feet that is further exacerbated  by several high tides could potentially flood the New York City subway system and paralyze the city into the following weekend and beyond.

In addition to the uncertainties of the polls and possible weather-related delays in voting in the Northeast, absentee ballots in some states may need to be hand counted, but these would likely only make a difference in states in which one or the other candidate receives only a razor thin majority before absentee ballots are counted. However, even after absentee ballots are completed, a small majority in the final tallies could trigger automatic recounts in those states. Thus, in the best circumstances declaration of a winner could take weeks. In the worst circumstances it could take months. Recall how long it took to certify the winner of the Minnesota  senatorial race in 2008. We were well into 2009 before the outcome was finally settled.

Should the election actually prove to be as close as it appears that it could be and some of the above complications emerge then it may certainly turn out to be historic.