In this series of articles, the Be First Social Media team has walked businesses through various forms of digital marketing and advertising that are a must in order to increase a company’s ROI. In fact, mobile apps, interactive online marketing and more, are absolute musts when it comes to accumulating data and having reports in hand that show how your company is growing; how your brand is being received by consumers; and even how you and your product are doing going head to head with your competition.

One very popular form of digital marketing/social media is viral videos. Basically, a viral video is a video that soars in popularity because of “Internet sharing.” What that means is the video is ‘shown’ in a digital location where consumers go to learn about new things, products, etc.

But when viral videos first began they were all about humor. You know those cute little pics or videos that show animals doing odd things, cats wearing hats, etc.? Even 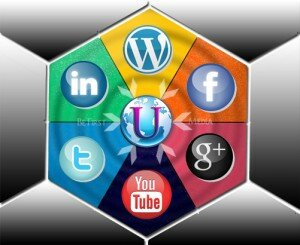 Bravo is putting out a new T.V. show soon called LOLWork which is basically all about the people who make these pics and videos that are found on YouTube or filling up your spam filters and junk mail areas. Of course what you don’t know is that these ‘viral video’ creators are also making money hand over fist. Why? Because everyone needs a seriously good laugh. But what viral videos are also doing is teaching people – whether it be a tutorial about a new company, or a video about a new ‘super’ product that consumers just have to have. The viral video catches their attention or makes them laugh and then the ‘brand’ becomes bigger and bigger – a necessity for every company’s bottom line.

And if you think we’re just speaking about a few hundred people who think something’s ‘cute,’ you’re wrong. There are some viral videos that have secured over thirty million hits in the first week that they appeared. In other words, that particular ‘message’ or ‘brand’ became as popular as Twilight in one week.

This is also very cost-effective advertising. In the year 2012, you are talking about having a wealth of inexpensive video shooting, editing and publishing devices that allow a company (even if it is a small, upstart) to create and shoot a viral video and upload that video, distributing it to millions of viewers. Through mobile technology to email, website, blog, YouTube – the viral video can appear anywhere and everywhere for a very low cost. No longer is a viral video just something that was funny that was “shot and shared” between friends. These videos have proven to be a major source of income for the new companies on the map trying to break into their specific industry.

From animation to celebrity endorsements, viral videos have the one thing a marketing campaign must have – staying power. If done correctly, by a social media team that has the skills and knowledge to accomplish a solid marketing plan, a viral video can last for a good long time and actually introduce your brand into popular culture.

Because of video websites such as YouTube, celebrities have also been created that are not actually a part of the Hollywood entertainment industry. Example: When you think about the huge company of Budweiser, a great many people like that company and that product only because of the ‘talking frogs’ or the Budweiser horses that are constantly shown on videos or humorous television commercials. Another great example of an ‘Internet celebrity’ is GEICO’s gecko.

Viral videos are also being used as huge teaching and educational mechanisms which draw Generation Y to their sites. Picture this: Say you are opening a company with a product line such as mobile apps or even a new health drink for teens. Adding your viral video to others that are already pulling in the age group that you wish to target, quickly opens the door for your brand to be seen by potential customers.

In the end, viral videos are a tremendous facet of a company’s bottom line in the world of 21st century advertising.

For more information, head to: