Most people believe that long term plans are worth making. Despite the fact that the economy can suddenly be in turmoil, and that we can be hit with significant losses in savings and in the value of goods, we can usually still make plans based on what the future should look like. However, if we have just been surprised by having that view turned upside down, we may lose confidence in looking at the future. It usually takes a little time to assess what happened and why and to decide on how views ought to change going forward. Of course, future plans depend on more than our current view of the economy and how that might affect progress far into the future.

As adults, even as young adults, we are inclined to look to government and to the sage elders of society to set the future agenda. Occasionally we over-focus on the short 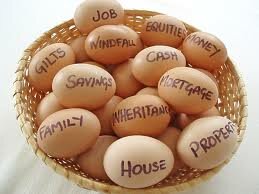 term. But what we do today has implications for much longer than the outcomes we may see the day after tomorrow. Unhappily, when our confidence is down, we tend to focus on short range plans. To keep most of us engaged and thinking about the future, someone needs to have a long-range vision—one that is translated into a plan.

Early in his administration President John Kennedy did something unusual for an American President. He set a long term goal for our national agenda, a goal that would in all likelihood not be completed within his presidency. Yet at the same time, it was a concrete goal, with a specific timeline and completion date, crisply stated and provocative. What the president said was, “I believe that this nation should commit itself before the decade is out, to landing a man on the Moon and returning him safely to the earth.”  http://www.history.com/videos/jfk-sets-goal-for-man-on-moon#jfk-sets-goal-for-man-on-moon  Congress committed the funds with enthusiastic support from the American public, and “the rest is history,” as is often said.

Today we are far more cautious. We have a recovering but still weak economy, a considerable national debt, which is rising rapidly, though less rapidly than it was rising several years ago just after the economic crisis of 2008. We have wide differences of opinion between our two major national parties about the directions the nation should take. Unhappily there is little or no long term thinking or goal setting. The Congress responds to requests from the President with action focusing on a shorter and shorter timeline. There is no long term provocative agenda, despite a nearly collapsed national infrastructure, weak economic recovery and still rapidly growing national debt, an absent national policy that would lead to energy independence, and continuing costly international military activities.

The nation clearly has been stunned by the 2008 economic crisis into an inability to face its problems and create an agenda for the future. Unhappily no political party or leader has presented a strategy or an idea which has captured the nation’s imagination.  Indeed, the nation awaits effective leadership and will likely enthusiastically respond to it when it hears what new leaders have in mind.