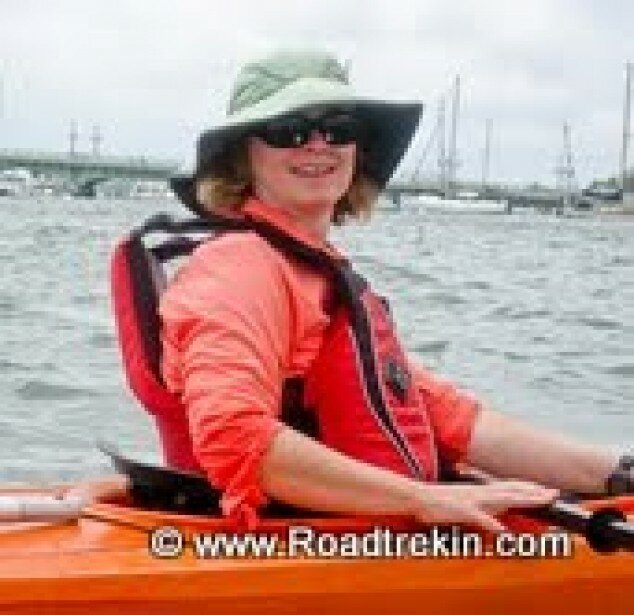 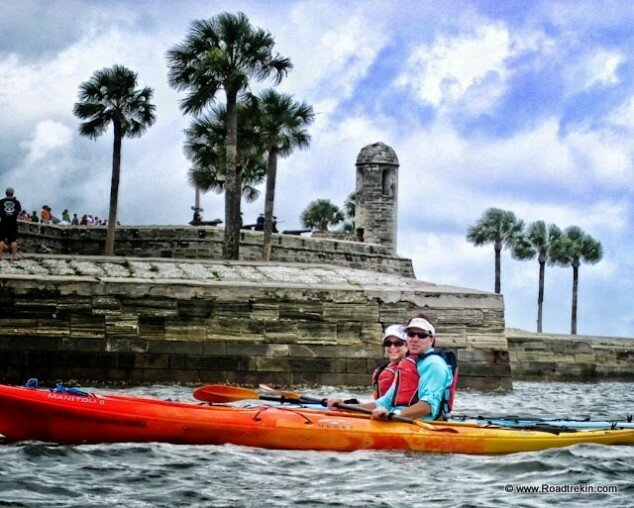 On our recent visit to re-supply our favorite habanero hot sauce in Historic St. Augustine, Florida, we were privileged to be guided by Catherine of St. Augustine Eco Tours 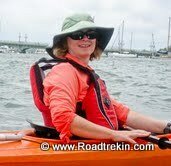 Boat and Kayak Excursions. They are open an amazing 365 days per year, and owned by Zach and Gracie McKenna.  All of the staff members, that we spoke to or met in person, where very knowledgeable and great to talk with. Our guide Catherine who has her Bachelor’s degrees in Art History and Natural Science Biology greeted us and started instructing us on paddle technique before launching us safely into the waters of the Inter-coastal waterway of the oldest settlement in the United States. Upon moving to St. Augustine she studied in a Master’s program of Biology Specialty Natural Science.  Her love of nature and depth of knowledge was generously shared as we made our way through that mornings bay water.

We left the dock and paddled past moored sail boats then under the newly renovated Bridge of Lions.  We learned during the recent renovation of the bridge, the elements of the old bridge were removed for repair and preservation after a new temporary bridge was built by its side to detour traffic to the barrier island of St Augustine Beach. Once the renovations were completed, they then demolished and floated the temporary bridge out to sea to attempt to establish a living reef. We also learned that the tides in St. Augustine change every 6 hours and 12 minutes with 4 tides per day. This is good local knowledge for anyone boating on the water or for fishing the in and out going tides.

We continued past the Spanish Fort, Castillo De San Marcos where the uniformed military portrayers proceeded to try to sink our vessels.  Not really, but it sounded good.  The cannon is shot across the water 3 times a day from the top of the historic fort. This is to demonstrate to tourists the historical significance of the fort and its battles among the British and the Spanish conquerors in its early days of occupation.   The echo from the large cannon can be heard off the barrier island and the concussion felt off your chest. Real surround sound!

The list of interesting things that Catherine pointed out to us as we made our way through the grassy islands included:  the great heron, green heron, great blue heron, great egret, great big lee (my traveling companion), red-breasted merganser duck, wood storks and the rosé spoonbill both in flight and on the shore.   We saw a number of pods of 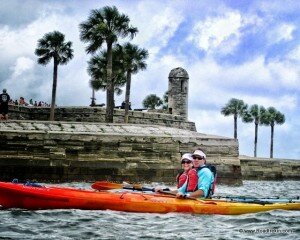 dolphins in the distance and a green turtle up close.  The male Least Tern catches a fish and presents it to the female similar to the presentation of an engagement ring by the man.  Lucky girl huh? Our guide Catherine explained the Osprey can see a distance of 130 feet and 10 feet underwater.  Also, their hunting skills have a success rate of up to 70% where the bald eagle only has a much lower success rate and usually ends up stealing food from other birds of prey.

Catherine told us an interesting story of the Fiddler Crab.  The males have one oversized claw and one smaller claw.  During courtship, the males wave their larger claws in the air and tap them on the ground in an effort to attract females.  Fights over females often occur; if a male loses his larger claw, the smaller one will begin to grow larger and the lost claw will regenerate into a new (small) claw.  Unfortunately, he would have lost the female he was interested in attracting and have to wait for the new oversized claw to grow before attracting another female.

Before the day was out we were spit at by several oysters as the tide unveiled numerous colonies that lay beneath us.