Flying Saucer Presents is joining with the Ponte Vedra Concert Hall to present the Saucer Series, a celebration of Americana music. 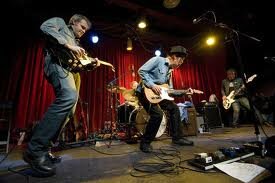 From the iconic to the up-and-coming, the series will feature top tier artists, whose styles cut across a variety of music genres.

One evening you could be captivated by the new folk sounds of Ben Sollee, while another night could find you jukin’ to the blues of Marcia Ball.

This series will be held exclusively at the Ponte Vedra Concert Hall, as a supplement to theSt. JohnsCountyvenue’s already active lineup.

To date, the series boasts over a dozen confirmed acts, with many more anticipated.

The first show, classically trained pop cellist Ben Sollee on September 25, will go on sale this Friday, August 3rd at10am. As an introduction to the Saucer Series, prior to the show, Ponte Vedra Concert Hall will host a special wine and cheese reception for show attendees in its concession area.

Other confirmed shows include:

For more information, please visit the Ponte Vedra Concert Hall’s website, at www.pvconcerthall.com, or call the box office at (904) 209 – 0399.