A Comeback in the Making?

Everyone is talking about it; the headlines that are all over the place across the World Wide Web when it comes to the sport of baseball focus on the fact that the Oakland A’s have shown the world that they can beat the almighty Yankees! 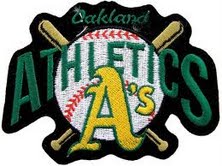 Yes…most fans say that the Yankees are what baseball is all about. Over the years even when the Yankees lost and ended up on the bottom of the pile, they were still the ones that fans thought of as “the best of the best.” So, let’s face it, it certainly came as a surprise that Oakland pulled out a 5-4 victory over twelve innings to sweep the Yankees. It was in the 1970’s, if people remember, that the Oakland A’s lifted themselves to the top of the baseball world and ended up winning the World Series three years in a row (after sweeping the Yankees).

However, after that shining moment the A’s sort of fell into the background as new and legendary players came out of the woodwork and the Yankees returned to the top of the charts. Oakland has not experienced a four-game sweep since 1999 – where the A’s went on to appear in four consecutive playoff appearances.

I believe after watching the games and the struggle between the A’s and the famous Yankees on television, that Oakland has now earned the adjective of ‘scrappy.’ I mean it. This is a team that has so much talent, but they are not willing to sit there and have the positive things in life just come to them. They are the type of players who make sure that even though their ‘time’ is up in other people’s eyes, they continue to work their behinds off to win the game!

After four innings against the Yankees the Oakland A’s were down 4-0, but they were most definitely not going to go down without a fight. Bases were empty when Oakland saw home runs scored by Inge and Suzuki; as well as Seth Smith’s performance in the ninth inning that forced the game into extra innings. And then the battle became even more cool as time went on.

Sharing the lead for an American league wildcard, the A’s have now proven that they CAN and DID beat the Yankees (as well as the Rangers) – the two teams that had the absolute best records this year in baseball.

Even everyone’s favorite Yankees star, Derek Jeter, seemed to play like a rookie during the A’s sweep this weekend. New York actually had a ten-game lead in the East, but are now looking at the longest losing streak, whereas the A’s are on a serious role!

This is, of course, the absolute best time for the A’s to ‘get on track’ and show that they can win, seeing as that for the next few weeks they are looking at heading out on the road and facing some seriously difficult teams in order to secure their place in the playoffs. So…what better thing to attain than pure and utter confidence – which is JUST what the A’s players did by showing the world that the Yankees are by far NOT the only baseball team that knows what they’re doing.

The A’s, by the way, in the beginning when they were located in Philadelphia seemed to be the Yankees of that generation. Beginning in 1901, the A’s came into being to compete with the National League’s Philadelphia Philies. At that time, the American League was made up of another new team called the Baltimore Orioles (which is now the New York Yankees); the Boston Americans (which is now the Red Sox); a Kansas City franchise that moved to Washington and was renamed the Senators (which is now called the Minnesota Twins; as well as the White Sox; the Cleveland Indians; Detroit Tigers; and what is now called the Baltimore Orioles.

The A’s were not always so lucky, however. Their early days of absolute and utter success disappeared for over thirty years as they basically finished in last or next-to-last place year after year….

But this weekend – we saw it! As if the clock had been turned back to the A’s remarkable showing in 1972, Oakland made sure to put their name in the history books once again with a four-game sweep of the Yankees who seriously (I believe) didn’t think they had any chance of losing. Now, in 1972, the Yankees weren’t quite as prideful, and the A’s were compiled of some extremely big names. Have you heard of Reggie Jackson? Oh, yes, he was part of that 1972 team that mopped the floor with the Yankees.

So this weekend, with the Yankees walking in with heads high and probably believing that they wouldn’t have to work real hard to keep their winning streak going (having won 9 of their previous 11 games), they headed into the Coliseum where they had won nine straight and…suddenly…found themselves stunned with jaws dropped as the A’s clawed their way through twelve innings to show the world that nothing in baseball is a ‘given.’

As a huge sports fan my favorite moments out there on the diamond, on the field, on the court – you name it – are the times when the underdog knocks the ‘golden teams’ off their pedestals. It’s not because I dislike the golden teams, however; I am simply in love with the fact that with hard work, determination and a bit of luck, absolutely anyone can be the ‘best.’ Now whether that be for a day, a glimmering moment in time, or coming back during the season to win the whole enchilada doesn’t really matter. Everyone deserves that glory – those headlines that scream out to everyone that there is no such thing as a ‘loser.’ The ones who have yet to make those headlines WILL form their own dynasty one of these days; while others are teams that once ruled the sports world and are working their way to build yet another dynasty. Either way, the underdog is riveting, and can definitely win with absolute style.

Good for you Oakland! I wish you the best of luck from here on out!