Oh, the Places They Went…And The Olympic Medals They Won!

Oh, yes – this week we are going to look into the Olympic Games. That’s right, we are on the cusp of the next ‘great and memorable’ Summer Olympic Games, and not only is London all a-buzz with the arrival of the fans, coaches and athletes that are beyond popular, but the rest of the world is just waiting for that torch to get there to begin the 2012 extravaganza! 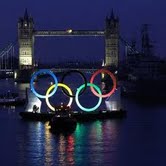 It seems only fitting that we take a look into the past to see who the ‘best of the best’ really were when it comes to speaking about the Olympic Games. I agree that everyone seems to know more about the Winter Games. In fact, more people can name the figure skater medal winners than any other sport in the world. However, basketball has become the ‘staple’ when we speak about the Summer Games. And, of course, a swimmer with the last name of Phelps is all over the news considering he is looking at gathering more gold medals than anyone has ever ‘seen,’ let alone had hung from around their necks.

Notice, however, that most are speaking about the men’s basketball team, calling up the old phrase of the ‘Dream Team’ that couldn’t have been beaten if the opposing team had thirty-six players on the court going against them. We all know they were the best. In fact, they were right up there with the U.S. Hockey team when they raced around the ice with the American flag hung around their shoulders. In another article we will get into the basketball greats that will be arriving in London very soon (especially the gossip about Kobe Bryant perhaps making this Olympic Game one of his last ‘appearances’ on any basketball court…ever).

But when you look back – really look back – to when this all began in 1896, you are talking about athletes that have touched our lives, made us jump up and down in our living rooms, and caused us to be wide-eyed for weeks after performances that were beyond unexpected!

I need to begin with those powerful swimmers because, frankly, they were all the rage once upon a time. They were even far more beloved than any American ‘Dream Team’ on the court. And it wasn’t a man named Phelps – it was a man named Spitz who’s actually tied for the most gold medals ever won in Olympic history. Taking home seven gold medals when he ‘starred’ at the 1972 Olympics, he was phenomenal to watch. Now, yes, with Phelps returning Mr. Spitz may lose his record, but the power and endurance of Mark Spitz when he swam is an image that will never be forgotten!

Another who will always be ingrained in my mind – and heart – is Greg Louganis. I will never forget him winning it all in 1988 after the television had shown his ‘accident’ where he hit the board in the preliminaries over and over again. Which led to the hideous blood transfusion that would alter his life forever. The hit was so painful to those watching that it’s right up there with Joe Theismann’s hideous break on the field of football. Louganis was actually only sixteen years of age when he attained his first Olympic medal. Then he returned to the competition in 1984 because the U.S. boycotted the games held in Moscow in 1980. There, in ‘84, he won two gold medals and two more in 1988. But that accident, and then winning the medal – that is something that will always be a part of Olympic history!

When I was a little girl (no, I’m not about to break into song), I watched the television screen and witnessed Nadia Comaneci from Romania dazzle the entire world. I was mesmerized, not really knowing how on earth human beings could simply toss, somersault and throw themselves around like rag dolls without getting hurt. This young lady took home nine medals with five of those medals being golden. AND she was the very first person in history to see a shining ‘10’ at the Olympic Games. In essence – literally and figuratively – Nadia was perfection.

Nadia is the one everyone remembers and always will, BUT there was a girl from the Soviet Union who outshone everyone in the Olympics. Even though Larisa Semyonovna Latynina, is not the first name that will ever come to mind when speaking about gymnastics, she was considered to be the best champion in the entire history of the Olympic Games. Why? Well, eighteen medals with half of them being gold was definitely a very big reason.

One of my favorites was also a young female who I only saw in ‘Wide World of Sports’ flashbacks and movies. Her name was Olga Korbut, and she was actually voted the Female Athlete of the Year in 1972 by the Associated Press. One of the coolest things about her was her ability to smile big and wide in the Munich Summer Games and everyone seemed to love her. She could have been the mascot for just about anybody, considering how her popularity soared!

I love fencing. I couldn’t possibly attempt to actually ‘do’ it, considering I am so clumsy that the thin foil would go straight through my own foot if I dared to even try – but I love watching the sport. Let’s face it – much like equestrian sports, fencing brings that elegant charm that stems from the world of ‘Mr. Darcy’ and ‘The Three Musketeers.’ A man by the name of Edoardo Mangiarotti was the absolute ‘star’ of this sport decade after decade. He brought the ‘class’ and skill to the matches and ended up claiming thirteen Olympic medals for all his work.

You want to talk running? Frankly, I agree with the old comic line: “Do you run?” Reply: “Only when chased.” But when it comes to Olympic runners, you are talking about people who actually DID run as if an entire brigade of really angry Vikings were right behind them with their hammers held high in the air. I know…this is all Carl Lewis when we speak about this sport. And, yes, I agree. But there were also others. A man from Finland (and I would have assumed he would be more of a Winter games sort of guy), by the name of Paavo Nurmi took home nine Olympic gold medals in running back in the 1920’s. (Man, he must have been tired). My favorite, however, is Jesse Owens. Not only did he perform stunningly in the 1936 Olympics held in Germany where old Hitler was still in charge, but he won four gold medals in track and field while he was there! Bravo! Just a small slice of American ingenuity and endurance that Germany should have seen coming.

As I sign off, I have to give a huge shout-out to an Olympic champion that many will probably have never head of. Considering I’m celebrating my (cough, cough) anniversary of my fortieth birthday in November and I’m already barking about aches and pains from having to mow the lawn – I want to give a big thumbs-up to Oscar Swahn. This man from Sweden was 72 when he won a medal (in shooting competitions) at the 1920 Olympic Games. He was the oldest athlete ever to win a medal and, boy, I wish I knew what vitamin supplement that guy took because my eyesight is absolutely hideous!

Soon, more names and performances will be added to the Olympic history books and I, for one, can’t WAIT to see whose smiling, shining face will be the one to achieve absolute greatness!