Being new to the social media world is not a crime. In fact, there are so many out there right now attempting to get a handle on ALL the many ways they can get their ‘name’ into the public eye, you will notice more and more social media articles cropping up on Google…not to mention everywhere else.

I want to speak to all of you from a personal point of view and show you just how much time and energy is needed to begin in the social media world. So…today we will take a look at the publishing industry. 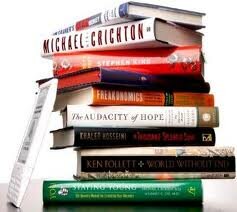 Once Upon a Time…

‘The Big Six’: Random House, Penguin, HarperCollins, Simon & Schuster, Hachette Book Group, and Macmillan, were the publishers that took your book and then did their ‘magic.’ You see, ‘The Big Six’ were the entities that had the ability to create national and international marketing campaigns. They could set up tours for the author that would take them from one coast to the other in order to introduce and promote their books. They had the power and the money behind them to make an author into a star. Can they still? Well…yes, but not as often.

You see, as the economy took a turn in the wrong direction, more and more newbie’s arrived on the publishing scene. We are talking about the independent book publishers who are much smaller, BUT have been able to turn ‘no names’ into big names, so ‘The Big Six’ now has competition. Then, when authors were growing in number and more and more were being rejected with form letters, truly showing that the bigger publishers were no longer actually reading the letters before turning authors down (and, no, I don’t mean everybody) – along came the option for authors to self-publish. Now, many readers say this is not real. And, when you look at the quality of some of these titles, they do come across as a very amateur way of putting a book together. (And, again, I do NOT mean everybody). But on some the cover art was poor, the pages were not formatted correctly, and basically even if the story was good – the author didn’t bring on an outside editor to ‘clean it up’ and make it shine.

Publishing is not easy – writing is not easy. And there are many out there who still have that dream in the back of their minds that they simply write a book and ‘BOOM!’ they are the next ‘Twilight’ success story. Unfortunately, it is NOT that easy. Especially considering the amount of writers and ways to publish that were not available before. Now take into account the world of Amazon and all they are doing with their ‘CreateSpace,’ and the buying up of various publishers so that they can ‘play’ in the big leagues, and you have even more avenues to getting a book published. eBooks, whether anyone likes it or not, are becoming the wave of the here and now. More and more people are choosing the Kindle or Nook and simply downloading a copy of the book for $.99 instead of running out to the bookstore and spending the ridiculous amounts, like $37.99, for a 250 page novel.

Then, we come to the necessity of social media. Blogs, which we will speak more about in future articles, are everywhere. And writers are able to set up blog tours to introduce their title to the masses. This not only saves the publisher because they don’t have to pay for you to travel any further than your  laptop in order to participate, but it also saves the author time and trouble better spent writing their next novel. These blogs also offer something even more important – reviews. I was recently humbled enough to be part of a blog tour and got to not only meet thousands of people I wouldn’t have otherwise, but was also grateful (and surprised) to receive hundreds of reviews with 97% of them being super cool. Whereas, in the olden days (you know, like less than a few years ago), you would have had to gather books together, ship them off to reviewers and hope for the best.

A writer’s blog/website is a must. Now you can create one for absolutely no money that can look  amazingly beautiful and offer everything from the book covers to your background, industry news and even a blog of your own to keep readers up on the latest news. More and more people can be found, and eventually you will create a ‘following’ and ‘brand’ yourself.

Your Facebook page is the same thing. You can not only use the Facebook applications that allow you to advertise to the masses, but you can make sure to ‘link up’ with even more fans and readers out there. Then you have Twitter; a place to set up Twitter parties where all your fans can come on and ask you questions, as well as build a following and keep them apprised of the ‘events’ with your daily tweets!

All of this takes a while, as everyone knows. Your name, your book/product, etc., takes time to build a following, so hard work has to play a part in getting you where you want to one day end up.

For writers, there are amazing sites that also can be used, like the very powerful, Goodreads. This brings all authors and readers together in all sorts of rooms and groups that are made for their specific interests. From YA to science fiction to historical novels, this is a site that offers a great deal of social media exposure. You also have YouTube, where anyone can make a video of their books and place it on there in order to help build their following. If you don’t believe this particular facet of social media works, I suggest you look over the career of Justin Bieber and think again.

LinkedIn is also a social network where you can begin conversations about yourself, your brand and your novel. Not to mention amazing review sites and magazines such as, Suspense Magazine, The RT (Romantic Times) Magazine, Authorlink, The Feathered Quill – the routes for a writer nowadays are endless. And, yes, I know there is a shaking of the heads going on out there because everyone wants to be part of ‘traditional publishing.’ However, if you want one of ‘The Big Six’ to take a shine to you, they will be FAR more willing to do so once your followers and fans have proven to them that YOU are a great writer and a rising star!

So stay tuned. In the coming months we are going to delve into all social media outlets. From discussing the ‘best’ in the industry to how to create a killer blog or an eye-catching website, we will talk about the best and most important social media outlets to utilize. Perhaps, by using the same amount of will and determination that you focus on your writing to build a following, you will be able to see the ultimate success.

Always keep in mind, Stephen King, J.K. Rowling, Meyer, Patterson, Koontz – all the ones you love? They were once turned down too.

Be First Inc, is a complete partner in building a following and giving you the “Slight Edge  in Getting Noticed”