Funk legends The Family Stone will hit the stage at Ponte Vedra Concert Hall on Friday, June 15th, while “An Evening with Tommy Roe” will highlight the singer’s biggest hits on Sunday, June 17th.

Originally formed by Sly Stone in the 1967, The Family Stone was the first fully integrated group in rock history, comprised of men and women, and blacks and whites. That integration shone through their music, as well as the group’s message. Before The Family Stone, very few soul and R&B groups delved into political and social commentary; after, it became a tradition in soul, funk, and hip-hop. Along with James Brown, The Family Stone brought hard funk into the mainstream. The Family Stone’s arrangements were ingenious, filled with unexpected group vocals, syncopated rhythms, punchy horns, and pop melodies. 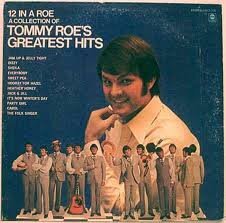 Tommy Roe is a multifaceted international artist who wrote, co-wrote, and recorded, six top ten hits between 1962, and 1969, more than any other single artist/songwriter during this period of the 60′s, with four RIAA certified gold records, and two of his hits, “SHEILA” and “DIZZY,” topping the Billboard chart at #1. Tommy had a total of eleven records reach the Billboard top forty, and twenty three Billboard top 100 chart records. With similar chart success inEngland, and throughoutEurope,Asia, andAustralia, Tommy is considered one of the early pioneers of American pop culture.

Tickets for both of these seated shows will go on sale this Friday, April 20th at10AM. Tickets will be available for purchase at the Ponte Vedra Concert Hall and St. Augustine Amphitheatre box offices, ticketmaster.com, and all Ticketmaster outlets.