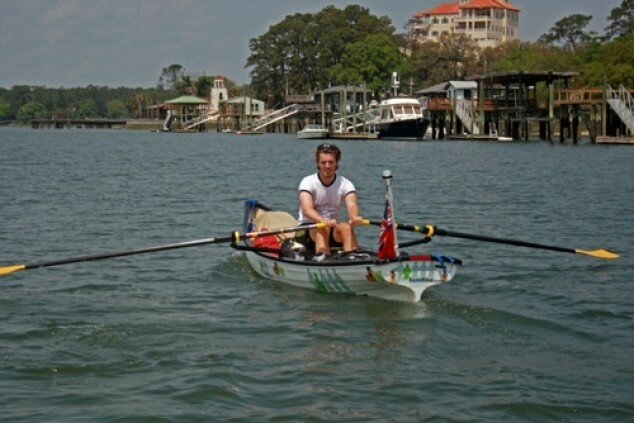 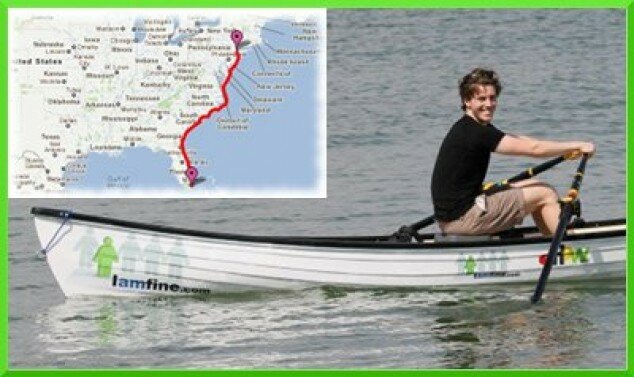 Readers, we talk about a great deal of things – from books to movies to politics to various issues, trials, tribulations and blessings that happen each and every day. We laugh…a lot. Perhaps that comes from the sarcastic gene that the Lord blessed me with (although my mother never quite found it to be a blessing). Humor is the universal tool that

brings us together. It’s great to be able to look at a sad or morose situation and turn it into a look at life, fun, enjoyment and the endless possibilities that we have in front of us. But there does come a time when the heartstrings are pulled and something is brought to the forefront of our minds that has to be addressed. So, for just one moment, we’re going to talk about the absolute beauty that comes from an unselfish soul.

I want to introduce you to two men and their stories. The first is Jerry Frasier. I met Jerry when I had to take a 9-to-5 job in the world of finance (which was not pretty, believe me. Sarcasm is not accepted there even though Wall Street produces laughs on a daily basis). On my first day a man strode through the doors wearing a white cowboy hat and a seriously heartwarming and welcoming smile.

Jerry was a Texan who ended up being an integral part of the New Mexico scenery. He shared outrageously funny stories with me – from jokes he played on his sister when they were young to hanging out in Roswell at the theatre on Main Street (which is now the UFO Museum). He was a sports enthusiast and played almost every one of them with skill and passion, and he fell in love with his soulmate, Claudine, in 1950, embarking on a marriage that would last 56 years. They traveled everywhere until Claudine fell ill and passed on in 2006.

It was not long after her death that Jerry was diagnosed with Alzheimer’s and came to say goodbye. He’d visited me every morning of every week. He walked in, smiled, got his cup of coffee and made my day fun. Without his presence I would’ve quit that particular job far sooner than I did. He said goodbye because he didn’t want to come back in; he didn’t want me to see him succumb to the disease. It was his wish…and I followed it. I wish I hadn’t.

I kept in touch with his lovely daughter who visited him every day and she gave me updates on how horrific it was becoming for Jerry at the end; not to mention the strain it was placing on her to watch her effervescent father erased. I had so wanted to sit with Jerry and record all his stories, because I thought that his special life should’ve been ‘gifted’ to others. His stories, his brilliance, his lust for life…people should know about him. When Jerry passed in January of this year, my heart broke; I wanted him back. Luckily, I will be able to write his story because his daughter knows it all and will allow me to introduce him to the world.

This afternoon everything came back, but in a far different way. I had a conversation with an English gentleman who is, right now, sitting in a boat rowing like the wind, in an attempt to raise money for Alzheimer’s research.

Lewis Colam is the incredibly selfless human being I’m speaking about. A man who has never been a rower by profession – who has never had any seafaring experience 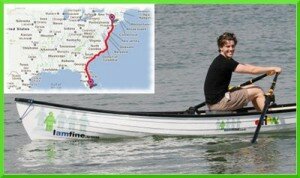 whatsoever – actually cast off from Miami on March 3rd in a fifteen-foot, open-decked row boat. He has no cover from the wind and rain, and he has dealt with many frightening storms along his trek. His ultimate goal is to sail 1400 miles along the East Coast in order to raise $20,000 dollars for the Fisher Center for Alzheimer’s Research Foundation. (www.ALZinfo.org).

The Fisher Center, much like Lewis, is dedicated to  understanding the cause of Alzheimer’s; finding a cure for the horrific disease; and improve the care of people who live with Alzheimer’s in order to enhance their quality of life. They also offer support for the families and friends who have no choice but to sit and watch their loved ones fall apart at the hands of an illness that takes more and more lives every year.

Lewis Colam has heard many stories from the people he’s met along the way; the people who actually write to him on his blog and greet him at his various stops. He, too, had to deal with watching one of his best friend’s mother’s succumb to Alzheimer’s, and he truly wanted to do something to bring this disease into the headlines.

Not only does Lewis Colam have no prior rowing experience, but he also has absolutely no support. What I mean by this, is that there are no vehicle’s, spotters, other boats, or even an assistant rower to help him along the way, or watch out for him as he heads into places that are foreign to him. His completely unselfish expedition is not in the hands of a public relations firm or agent, and there is no other benefit to Lewis when he achieves his goal except for the fact that he did it, and brought money and publicity to a disease that MUST be cured!

His outlook is positive. He loves traveling and exploring the majestic areas that most of us have never gotten the chance to see. And for a person who has no experience out on that mystical and frightening ocean, Lewis is truly giving 100% to complete his journey.

Before the sun leaves the sky tomorrow evening, Lewis will find himself halfway through his 1400-mile quest. Along the way he has gotten donors to head to his incredible website and give what they can to help with Alzheimer’s research, and he is actually very, very close to his original goal of $20,000. It wouldn’t take very much to put him over. In fact, he is only $561 dollars short. I KNOW that we can band together and put him over the top!

Not only can you and I help Lewis achieve that final push, but we can also enjoy the seriously cool website features that Lewis has put together for his, “I Am Fine Challenge.” A “real time” GPS shows exactly where he’s located, and the blog about his daily adventures is very funny and very cool. I personally love the crucifix that he installed on the front of his boat, as well as his “Pizza and Hunger Games Movie” update. Lewis also leaves short audio messages at (http://www.iamfine.com) to update listeners on everything that’s occurring during his travels, and posts on his own Twitter and Facebook pages for one and all to get involved.

Lewis even offers a photo album that shows the ‘downsides’ of rowing by yourself, and the spectacular supporters who he’s met along the way. (And, yes…before I end up with thousands of emails in my inbox, which I already know will happen after some of you enter the website and see Mr. Colam on his boat – he loves books, he loves to write, he’s interested in politics, he’s more interested in reading and writing than sports, he loves traveling, and I have NO idea if he’s single or not…I swear).

The one thing I know for a fact, however, is that Lewis Colam is fighting for people who can’t fight for themselves. He has taken on a monumental task and is ‘sailing’ through it with all the passion and belief that he has in his soul.

Lewis Colam is a ‘new hero’ for me because he addresses a disease that needs to be erased once and for all…the disease that stole my other ‘hero’ from this world far too soon.

Head RIGHT NOW to these Lewis Colam links and make sure that he reaches that $20,000 goal. He is SO close…let’s do it!

One Response to Two Unique Men ‘Linked’ in an Unforgettable Way