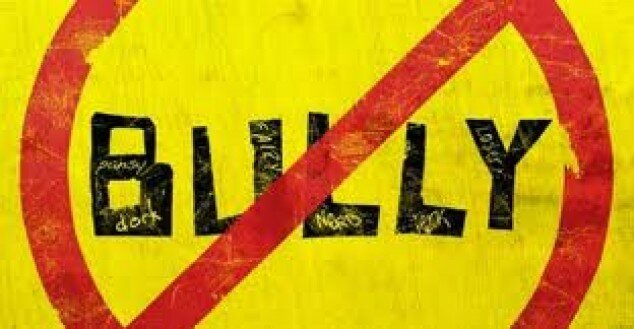 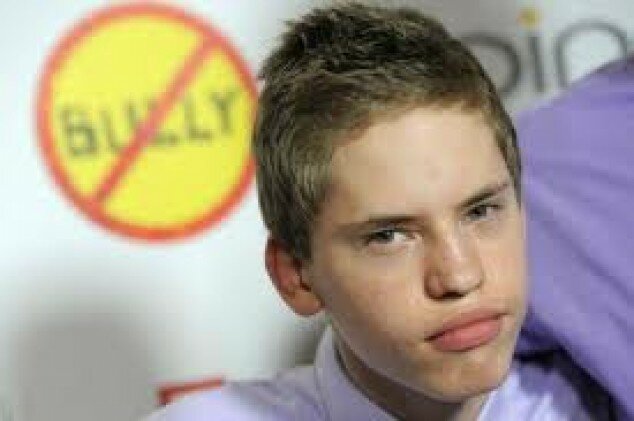 You’re fat. The laughter, the smirks, the constant comments. There was one time where I ran into class and someone had put a broken desk where I sat. The metal frame was 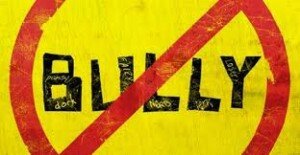 bent and I didn’t notice. When I sat down it crumbled underneath me and the whole class got a big kick out of the fact that the ‘fat girl’ was big enough to break furniture. One bully was responsible for this. He was one of those bullies, however, that wasn’t very good at it. What I mean by this, is the fact that he was teased constantly as well, so he picked on me simply to take the heat off him.

There was another one who was far better at the job. He didn’t hit, or punch, or kick – every time he saw me he made sure to make an elephant noise as I walked by – in class, down the hall, etc. He was someone who wouldn’t stop. ‘Mr. Popular dating Miss Perfect.’ That was his 411.

The first bully actually apologized to me in junior year for his actions. Of course, fate had stepped in during my sophomore year and given me a gallbladder attack that sent me straight to the emergency room. Scared me to death, but I did end up losing seventy pounds because of it. I guess the first bully simply decided that I just wasn’t big enough to tease anymore.

The second, however, went on and on. He even made sure to let out the elephant noise throughout the theatre during our graduation as I headed up to get my diploma. The

second bully had no heart. Am I exaggerating? Not even close. My life went forward and I was lucky; Mr. Perfect’s life ended in suicide. Unfortunately, he took someone along with him, ending her life in the process. Should I forgive? I suppose I have, but I have never forgotten how bad he made me feel.

This article comes about because of the documentary, Bully. What’s happening now in our schools is far worse than what I went through. I mean, an elephant noise is far down on the list with what’s being seen in our schools in this day and age. Am I mad at the kids? Yes…in a way. But most of my anger is aimed at the parents and teachers.

99.9% of everything our kids do is learned at home. Whether they see fights, or they get teased by their parents, or they have one of those parents who seem to think that the whole ‘boys will be boys’ thing is just fine and actually promotes and encourages their child to ‘man-up’ (or, ‘girl-up,’ whichever the case may be) and tease someone just for the heck of it to prove they’re higher up on the popularity food chain – it could be any of these reasons.

Non-acceptance, bigotry, racism – all of these ‘things’ that many say just don’t exist in the world anymore, or profess that it’s all in the victim’s imagination because they like being a victim – makes me sick. To be a victim you have to be victimized, and that takes a ‘bad guy.’

Beauty is always going to be the key to popularity. You can disagree all you want, but it’s true. Brains is what should be heralded, but except for “The Big Bang Theory,” and other television shows that prove being an intellectual is a good thing – then society will always be far more accepting of the pretty people. Before I get emails, yes, there are some ‘pretty people’ who fall into this category that have a great many issues at home and problems they have to deal with – I’m speaking generally.

Society isn’t changing, and that’s a problem. And seeing school administrators and teachers literally look into a camera and profess that they see nothing wrong whatsoever

boggles my mind. More and more often there are stories about teenagers committing suicide because they just couldn’t take it anymore. School shootings are also on the rise because the supposed victim is finally standing up and saying, ‘Enough!’ Talk about an unfortunate end to a young person’s life.

Bullying has become much more frightening in this generation. Cyber-bullying is a big one, which is absolutely cruel and utterly ridiculous. But the worst thing is the fact that bullying has moved away from verbal abuse to full-on physical abuse. The beatings – some happening right in the hallways of the school while teachers are watching, making no move to stop the altercation or help in any way – is just plain disgusting.

The documentary, Bully, was basically made to expose something that has actually been going on forever. It was only a year ago that the National Educational Association published a study where the over 5,000 people surveyed said that they had “witnessed bullying frequently and students reported it to them in large numbers.” 62% of these people said they’d seen bulling twice or more in the past month, whereas 41% had seen it once a week. One out of every three school children in grades six through ten (and even more in high school) are targets of bullying. And although we are only speaking about schools, there’s far more bullying in this world on a daily basis.

There was actually an incident outside of a church where a man in a wheelchair was being bullied and basically attacked. The congregation standing in the parking lot either took off in their cars, or took pics with their cell phones of the incident. No one called 911. No one stepped in to help. Has it really gotten so bad out there that we, as a society, don’t even notice or care anymore because it’s ‘just something that happens, so why bother?’

In the documentary, the director stayed with three kids who were being bullied, and their families. Stories of two other bullied children, both of whom committed suicide, are also featured.

“Bully” was given an R-rating by the Motion Picture Association until the film’s distributor erased some of the ‘foul’ language to receive a PG-13. Funny, actually, why anyone would give this an ‘R.’ With everything that children see on the streets, night time television, video games, the internet – this certainly shouldn’t surprise them. But it was Harvey Weinstein who said he wanted every 13- and 14-year-old to be able to go to this movie by themselves, watch the effects of these kids who bully other kids and make their own minds up that that behavior is just “uncool.” I want them to go and learn something! And I want their parents to HAVE to go with them and learn something!

It scares me that we may be on the edge of actual heartlessness. When empathy and kindness disappear we’ve got nothing left. And I mean nothing. We will become those soulless creatures that the YA novels of today are all talking about.

Nobody’s perfect. That’s a complete and utter impossibility. But there has to be some sort of fight inside of us; some sort of emotion in there that makes us not allow our children to be the givers or recipients of this kind of cruelty.

The world is cruel enough as it is, somewhere along the way we have to STOP making it worse.

3 Responses to The Truth is More Horrifying Than Fiction…So Wake Up!