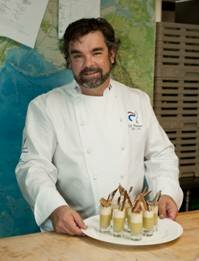 Chef Jean-Stephane Poinard is making his way into the heart of American TV with South Florida’s LIVIN’ LA VIDA. Hosted by Stella Vidal and Stuart Warren Dansby, Chef Poinard invited the celebs/producers into his kitchen at Bistro de Leon in St. Augustine to spend a day of hands-on culinary adventure.

The show’s first segment aired mid March as Stella & Stuart continued to travel to new cities and cultures, choosing St. Augustine for adventure and cuisine ~ with Chef Poinard. Together they prepared PART I. Seafood Risotto, Tomato Caprese and Baked Brie en Croute. (found on YouTube segment at the 15 minute mark)

On Location with Stuart and Stella

A 30-minute travel inspired adventure show takes viewers into extreme and exhilarating adventure, dynamic out of the box fitness with Stella, celebrities and culinary escapades with Stuart, the Food Genius. Together they strive to achieve living the good, healthy, vibrant, active life through ‘Entertainment with a Purpose’! www.LivinLaVida.tv

Chef Poinard exclaims “It was such an honor to be in my kitchen on Livin La Vida with Stuart and Stella. They are fun and really into food culture. They brought their Director, light and sound technicians as we prepared two dishes for the show. 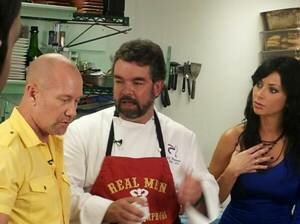 Recently I was in New York City and cooking in Chef Beard’s home for the James Beard Foundation dinner. I feel that I’m living ‘la vida’ as I celebrate, nurture and preserve America’s diverse culinary heritage and future”.