SPECIAL GOLF PACKAGES AVAILABLE DURING THE PLAYERS on Feb12 2012

- Ponte Vedra Beach takes the world stage when THE PLAYERS Championship tees off May 7 – 13, 2012.  This year, the PGA TOUR and Florida’s Historic Coast are making it easier for golf fans to see their favorite touring pro up-close in action by offering special hotel packages that include tickets to THE PLAYERS tournament. 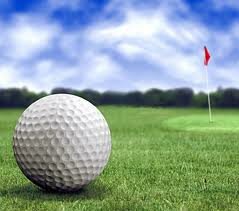 “The partnership with the PGA TOUR and Florida’s Historic Coast provides golf fans with packages that include hotel accommodations, tickets to the tournament, which is very accessible, and an opportunity to book tee-times on one of the dozens of championship courses located in the area” said Richard Goldman, executive director of the St. Augustine, Ponte Vedra & The Beaches Visitors and Convention Bureau. “Combined with a trip to the nearby World Golf Hall of Fame, our PLAYERS Getaway packages are nirvana for golf fans”.

THE PLAYERS, which takes place on the Stadium Course at TPC Sawgrass in Ponte Vedra Beach, home of the world-famous 17th island green world-famous 17th Island Green,  is recognized by PGA TOUR members as “their” championship and awards the largest purse on the Tour ($9.5 million).

Hotel packages for THE PLAYERS start at $99 per night and can be customized to include rounds of golf and admission to the World Golf Hall of Fame. In addition to tournament grounds tickets, additional packages include access to the Hospitality House.  Benefactor and Clubhouse tickets are also available.

Located midway between Daytona Beach and Jacksonville, Florida’s Historic Coast features historic St. Augustine, the outstanding golf and seaside elegance of Ponte Vedra, 42 miles of pristine Atlantic beaches – the same beaches that greeted Ponce de Leon in 1513 when he discovered and named La Florida – an area whose boundaries included what would later become the eastern United States. For more information on events, activities, holiday getaways and vacation opportunities in St. Augustine, Ponte Vedra & The Beaches, go to the Visitors and Convention Bureau website at FloridasHistoricCoast.com, become a fan on Facebook or call.

‘This Other World’ Event to Prepare for Florida’s 500th Anniversary

Florida Living History, Inc. is organizing ‘This Other World’ event next month to  commemorate the landing of Don Juan Ponce ...
Read on → The first annual "Paws in the Sand" Dog Walk-A-Thon will be held by the on March 31 for the St. Augustine ...
Read on →


Who’s your favorite? The dark handsome stranger who stole an angel’s heart?

A YA Contest That Readers will LOVE! Who’s YOUR  Pick For The Ultimate Hero?   Yes, there are “Team Edward” and “Team Jacob” ...
Read on →