There are many people in this world who understand that their dogs are extremely intelligent.  My own grandfather used to say that, as far as he was concerned, he’d feel more comfortable if his German Shepherd was in the Oval Office instead of the man who sat there.

Therefore, it will come as no surprise that the world of dog obedience training is becoming one of the most “sought-after” services for the modern family.  The dogs they own are not loyal best friends and companions, but they are also protectors of the family.  And even though your canine may have some difficulties at first melding with you and your family, these are intelligent animals, and their fears or aggressions can be worked through in order to make the owner and dog bond the way they should. 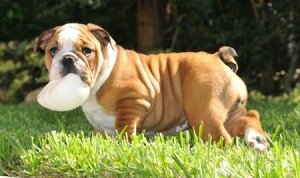 We have spoken a great deal over the past few months about in-home obedience training for your dog.  Phil Guida is the name that is being talked about quite a bit on the web as being the pioneer in the modern science of holistic dog training.  Canine Dimensions is his company, and has not only become an organization with a stellar reputation, but is also now one of the best franchising opportunities in the marketplace.

There are always ways to change – for humans and dogs – yet there are those who give up on their dogs and return them back to the kennel because they can not seem to train them to obey commands.  Or, worse yet, they turn to obedience training that is not healthy for the dog.  This is where the concept of canine intelligence should be prominent in the owner’s mind.  There are certain breeds, such as Doberman Pinschers, German Shepherds, Border Collies, Labs, and Golden Retrievers that actually have ‘built’ reputations as being easier to train than other dogs (say, hounds and sled dogs).

Reason being, certain dogs are bred to perform one task and one task only, such as a Husky, while others are bred to work independently from their handler. These are dogs that owners may find challenging to train.  However the intelligence of a dog is key.  Even though they may not be easy to train, this does not mean they are not adept at escaping from the yard and opening kitchen cabinets! The new dog owner needs to consider a dog’s trainability when they are looking at their energy level, exercise requirements, and other factors before choosing a new pet.  High intelligence in some breeds do require extensive daily mental stimulation so as not to become bored, but there is no breed that’s impossible to train, and Canine Dimensions knows this.  The ability to learn basic obedience skills is inherent in all dogs. Owners may simply have to be more patient or creative when dealing with certain breeds.

The basis of dog intelligence is their ability to learn, think, and solve problems.  Inherited abilities, as with humans, come naturally.  By nature, dogs are pack animals and understand social structure and obligations.  Adult canines train their young by “correcting” them when they behave in an unacceptable manner, and rewarding them for their good behavior with play, feeding, or cleaning.

Dogs are also inherently den animals. They can easily learn behavior related to keeping the den clean (housebreaking), and relaxing in an enclosed area (such as crates for training or travel).  There are some breeds that have been selectively bred for thousands of years because of their quality to learn quickly.  But in the end, the dog’s capacity to learn basic obedience and complicated behavior is inherent in every breed.

The meaning of “intelligence” is hard to define in any creature.  Some tests measure problem-solving abilities while others test the ability to learn in comparison to others of the same age.  Defining it for dogs is just as difficult as it is for humans.  It is likely that dogs do not have the ability to premeditate an action to solve a problem, but some dogs have more drive to keep trying various things until they reach a solution.  This could be interpreted as a sign of blind subservience and a desire to please.

Some dogs who do not learn very quickly usually have other talents.  Huskies are a breed that are often fascinated with the possibilities of escaping a backyard and they figure out, on their own, numerous and often ingenious ways of accomplishing their task.

Some dogs are required to be obedient at all times, such as assistance dogs.  They must learn a tremendous number of commands, understand how to act in a variety of situations, and recognize threats to their human companions.

Many owners of livestock “guardian” breeds believe that dogs like the Great Pyrenees are not easily trained because of their independent natures, which prevent them from seeing the point of such easy commands like “sit.”  Other breeds are said to be particularly sensitive to physical or vocal aggression and, as such, are generally thought to respond only to positive reinforcement-based methods of training.

As you can see, as with humans, each dog is different.  They are individuals with their own minds, skills, and inherited traits.  But, again, all can be trained to be that loyal companion and protector that a family needs.  Studies (PNAS) have been done for decades about the feelings of dogs and they have concluded that complex emotions are a part of any dog’s makeup, such as jealousy.  Dogs are loved and also feared because there are some that project a tough and aggressive personality.  Adrenaline, fear, anxiety – these are all emotions that an intelligent being feels, and should be understood up front.  Dogs are not robots, they are ‘people,’ and therefore experience all the same emotions that we do.

A nervous dog can have accidents in the house; thunder or fireworks can cause heartache to a fearful dog.  Scared dogs can also be destructive, doing things like trying to jump out of windows which can endanger themselves, or be so nervous that they cause damage.

Canine Dimensions has a proven system of being able to train all dog breeds to work within the family unit.  They believe in approaching dogs with kindness and holistic training in order to serve the owner and the dog.  They  took into account the existing dog training programs that were available in the industry, and combined them with innovative and intuitive methodologies based on the observations of how dogs communicate with one another. This has become such an extraordinary system and ‘school of thought,’ that dog obedience training has been lifted to a much higher level because of the work of Canine Dimensions.

Intelligence and understanding is necessary when working with other intelligent beings that need love, kindness and support to go along with the learning, and Canine Dimensions offers that to their clients.

In the end, weigh all facts when choosing a dog for you and your family, and don’t give up on a dog who may have some flaws when it comes to the world of obedience.  Simply call Canine Dimensions and allow the bond between owner and dog to form.

Until Next Time, Everybody!

For more information, go immediately to: