How does the USS Nimitz mirror the wealth of the world? The USS Nimitz is an aircraft carrier belonging to the United States Navy named after Admiral Nimitz.

Admiral Chester William Nimitz was a wise man during WWII, with an aircraft carrier named for his wisdom and preeminent leadership. USS Nimitz also equates into undaunted savant sapience, naturally igniting magnanimous innovation and tantalizing zealous iron-will to be the illuminated illustriousness to light your energizing intuitive genius; hallowing the ‘Tao in the now opening the pow’ of my preeminent omnipotence, wowing the world with Admiral Nimitz’s wit. What does your inner Admiral Nimitz say to you?

When you choose to open your enterprising USS Nimitz, to expand your virtual visions and unbind the poverty mind by opening your prosper-eye-zing wise to energize your USS Nimitz prowess, you unleash your Admiral prodigies. How does it feel to understand that you can ride the tide of the seas of success with your USS Nimitz as your yaw-zing – embellishing the sassy sexiness of experiencing sight and seeing the world on your jazzing yacht, sailing the blue, relishing your fun in the sun lifestyle.

Questions for you to visualize that will unlock your wealth euphoria-eyes-zing zeal:

These questions are to open your mind, to see that the wealth and everything you desire is in the world. I used this illustration to expand the vision of wealth. This illustration is to expand your subliminal and conscious minds to see wealth in your everyday life and the way you look at the world.

Are you open to expanding your forthright fortitude to understand the world is wealth, love, and energy in action 24/7? As much as the world has advanced technology to include text communication and numbers, it is still the same as the beginning of time, because everything in life is text communication and numbers. Life’s communication mirrors Admiral Nimitz communicating from headquarters, to Naval Command, to the fleet – from the commanders, to the sailors, and to troops aboard. That mirrors your intuitive innovation inventive imagination.

How will you open your winning wit to energize your inventive imagination? It isn’t about the aircraft carrier, this is about opening your undaunted superstar savvy nimbly invigorating minted instinctive triumphant Zen! Entertaining your Admiral of my morality and televising my prolific ethics. Emulating the Leadership of Admiral Nimitz, whose wisdom gave him the abilities to listen and delegate his ideas to others, allowed him to overcome the opposing forces in the Pacific; mimicking your canonized abilities when you listen to your inner statesman, hearing your core décor wisdom, and taking action on your innovative intentions and birthing your sired desires in rich wise ways.

How are you the Admiral of the aircraft carrier you call life?

How are you at inner war with a ‘non-real’ assailant called the ego?

How will you feel being the Admiral of your aircraft carrier and sailing on your oceans of wealth?

I am the Admiral of my experiences relishing sailing on my oceans of wealth in a rich, vibrant way.

I realize I am the Admiral of my aircraft carrier sailing the world blue, because I feel free in my inner core to soar like a condor – seeing the world as opportunity with an eagle eye in a lithe lively way.

I see me as an Admiral when I look in the mirror, because I am the prominent preeminence in my heart, unsheathing my winning wisdom to yacht around the universal seas of success in a lavish luxurious way.
Thank You
Robert A. Wilson Cowboy Wisdom NLP Coaching
Author of The Wisdom of a Cowboy & The Visions of a Cowboy www.amazon.com
www.cowboy-wisdom.com www.be-wisdom.com
Tom Ski www.befirstinc.com www.preciousgemspublishing.com
Cowboy Wisdom NLP Coaching Radio Hosted by Wisdom Radio on www.wisdom–radio.com every Monday-Thursday at 9:30 Eastern Time

The ‘Vast’ Projects Being Done to Save Our Planet! 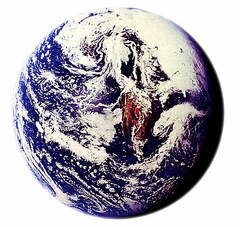 The ‘Vast’ Projects Being Done to Save Our Planet!   Readers, over the past few months we have been speaking about everything ...
Read on →


The Pats Have the Super Bowl All Sewn Up?

The Pats Have the Super Bowl All Sewn Up? Not So Fast…Hunger is Key! Okay…the AFC playoff game wasn’t exactly a big ...
Read on →

by Robert Paul Reyes
"Authorities in Florida said a 15-year-old girl called 911 and asked to be placed in a children`s shelter after she ...
Read on →