Boaters Must Speak Out Now

– As part of Florida’s recreational boat mooring and anchoring pilot program, the City of St. Augustine has submitted a proposed anchoring ordinance to the Florida Fish and Wildlife Commission that limits anchoring within city limits to ten consecutive days. If the ordinance is passed, once this time limit is reached a vessel would have to move to an approved mooring field or marina, or outside city boundaries for at least one full day, before the boat would be allowed to return to the area.

The nation’s largest boat owners group, BoatUS, is urging local and traveling boaters to speak up now about how this anchoring restriction might affect them. Current mooring fees for visiting (non-resident) boaters in St. Augustine are $20 daily and $120 weekly. Written comments can be filed online before Sunday, November 6, by going to www.myfwc.com/boating/anchoring-mooring/public-comment. 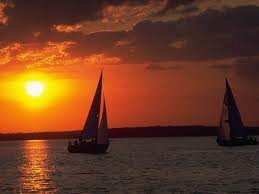 “The state is now asking for feedback from boaters on this draft local ordinance for St. Augustine,” said BoatUS Executive Vice President Margaret Podlich. “However, since it’s a pilot program, it’s really important for anyone who wants to anchor in Florida to give the City feedback.”

The City of St. Augustine is one of five cities in the state’s mooring and anchoring pilot project, which allows municipalities to develop ordinances that limit nearby anchoring. For more background information on anchoring laws in Florida, see the new BoatUS information sheet at www.BoatUS.com/gov/florida.