Brendan has been at LAMP since July 2007. Originally from Amelia County in Virginia, Brendan earned a BA in Anthropology/History from Longwood University in 2003 and his MA in Historic Archaeology from the College of William and Mary. His thesis work focused on 17th century Anglo-Powhatan trade within the early colonial frontier.

During his graduate work Brendan participated in the Great Dismal Swamp Landscape Study, a project that searched for and discovered lost escaped slave settlements from the 1680-1865 period. In the summer of 2006, after completing his MA, Mr. Burke moved to Wyoming and Utah to work in compliance archaeology.

His maritime and diving experience includes participation in the 2004 Achill Island Martime Archaeological Project in County Mayo, Ireland, and a 2005 survey of 17th century ballast piles in the eastern Chesapeake Bay. Brendan`s primary role is to serve as project archaeologist and logistical coordinator for the First Coast Maritime Archaeology Project, LAMP`s primary research and outreach project.

Archaeology is the scientific study of the human past through the investigation of artifacts, structures, and the remains of plants and animals. Archaeologists seek to better understand history and past human cultures and behavior. Maritime archaeology focuses on our maritime past, and explores historic and prehistoric relationships with the sea and inland waters. For thousands of years, humans have built boats and ships in order to fish, trade, explore, and wage war.

For most of human existence ships were the only way to transport people, goods, and ideas over long distances. Ships allowed global exploration, the formation of colonial empires, and the development of the world economy that we all participate in today. Beneath the surface of our oceans, lakes, rivers, and wetlands lie evidence of these activities, in the form of sunken shipwrecks and locally-built workboats, and the remains of piers, wharves, collapsed lighthouses, and other such archaeological sites.

The maritime archaeology of St. Augustine waters is particularly significant, as this is the oldest port city in the United States. For well over four centuries, ships voyaged to and from this colonial outpost every year. Hundreds of Spanish, French, English, American, and Confederate ships have been lost to the shifting sands and treacherous waters off our coast, and each is a unique time capsule allowing archaeologists an exceptional view of the past.

Maritime archaeology is a specialized science, and combines techniques developed by archaeologists, marine scientists, historians, anthropologists, geologists, forensic specialists, oceanographers, and naval architects. In addition, underwater archaeology requires strong diving skills, in order to safely and efficiently gather data underwater. Documenting and excavating a site in accordance with strict archaeological standards is a meticulous and time-consuming process. Maritime archaeologists carefully record the precise location of every artifact on a shipwreck, just as forensic scientists do at a crime scene, in order to reconstruct the lifeways of the people who lived and worked on the ship, and the design and construction of the ship itself.

All artifacts and other features such as ship timbers are measured, drawn in detail, and photographed. Archaeologists may excavate or “dig” the site using a hand-held underwater dredge which deposits the sediment through a screen, so that not even the smallest artifact is lost. Shipwreck excavations can entail the recovery of large objects such as 15-foot long anchors, along with delicate ones such as fragments of sailcloth or paper, or the wings of insects once present below deck. Samples are taken for laboratory analysis to determine species or substance identification, metallurgical composition, or radiocarbon dating.

Shipwreck sites are particularly interesting to archaeologists because they represent virtual time capsules. Everything that was on board a sailing vessel, everything that was considered indispensable for an ocean voyage, might potentially be preserved in the wreckage remains. This includes organic artifacts made of wood, bone, cloth, or leather that would not normally survive on a land site. While underwater sediments tend to preserve such artifacts remarkably well, all objects recovered from the sea floor must be meticulously treated in a laboratory by archaeological conservators or risk being destroyed as they dry out.

A cannon, for example, takes years of electrolytic and chemical treatment to stabilize it so that it will remain in the condition of that recovered from a 1764 shipwreck on display in our museum. Compare this to the ones lining the side of the road across from the Castillo de San Marcos, which have rusted away so severely that they are barely recognizable as cannons at all. Different treatments are required for different materials.

Archaeology is not treasure hunting; we seek knowledge of the past, not profits through the sale of artifacts. The process of scientific archaeology is so involved that it is simply impossible to make a profit without cutting corners, which treasure hunters or commercial salvors are notorious for doing. Many shipwreck sites in Florida and elsewhere have been destroyed by treasure hunters blowing holes in the seafloor in order to find gold.

The stories these wrecks might have told have been muted forever. Any artifacts that LAMP brings to the surface remain property of the State of Florida, and either go on display in our museum or go into storage where they can be accessed by other scholars or interested members of the public, or loaned to other museums for display elsewhere.
LAMP`s Mission
LAMP Archaeological Research

Mission Tuition Explores the Wise & Not So Wise Investments for College! 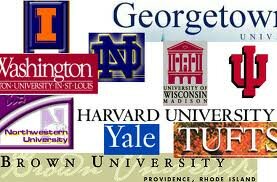 The rising costs of sending your children to college lend a whole new meaning to the term “higher education expenses.” ...
Read on →

The Green Register, as all readers know by now, is a website that is completely knowledgeable about the world of ...
Read on →