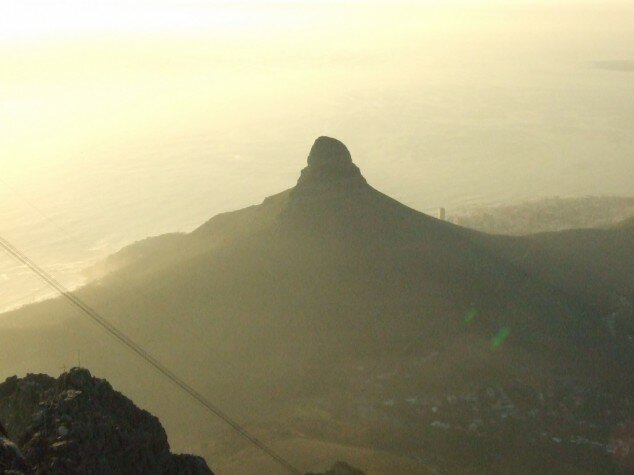 The ground stretches wet and shallow in Florida. My homeland is a giant swamp in the shape of a peninsula – surrounded by water on three sides. The summer weather is hot and the shorelines don’t get any more beautiful. 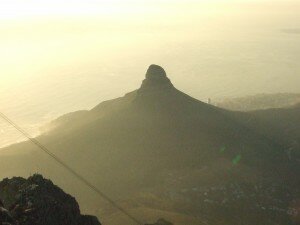 Lion’s Head from the view of the cable-car on Table Mountain.

Every month a tradition occurs atop the summit of Lion’s Head known as the ‘Full Moon Hike,’ in which locals and tourists alike climb up the spiraling trails up and around Lion’s Head mountain about dusk and peak at the summit in time to watch the glowing-orange sunset and orb-like full moon appear. The rocky paths rounding the mountain allow hikers to view the city in a 360° experience.

Though Lion’s Head was one of the first mountains I climbed upon arriving in Cape Town two months ago, the Full Moon Hike is an experience all on its own. So, some friends and I decided to trek the hike. Since I am a Florida Boy, used to flat fields and sandy beaches, it was a great surprise to me that my body was not thriving with pain and exhaustion like it had the previous time I climbed the rocky trails and cliffs. I suppose I’m getting used to this inclined rocky terrain.

The clouds powder pink and the sun beams a fire-orange. Keeping a consistent pace, I focus my mind on the victorious 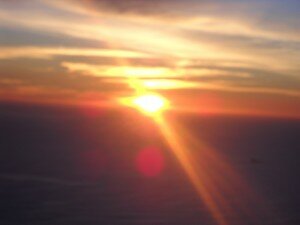 sunset that I will see at the top and the bottle of red wine in my bag.

As I climb up the jagged rocks that lie just beneath the summit, the wear of the mountain finally catches up with my muscles and bones. At last, I grapple one final stone and heave my pounding body upward as I hear celebratory African singing bellow from the mountain top.

I crack open the bottle of wine and take a seat at a large rock overseeing the city of Cape Town and the Atlantic Ocean. My friend and I joke about sailing a boat across the water as I point my index finger northwest and whisper, “Let’s go to Florida.”

The glowing ball of fire that was the sun hides behind the blue ocean horizon, and the yellow-orange lights of the city turn on as Cape Town readies itself for its thriving nightlife. As the sky turns black, we all turn eastward and witness the birthing white moon appear from behind Devil’s Peak. 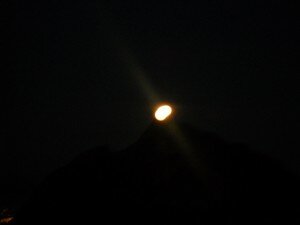 We all cheer and shoot photos at the hovering sphere that God surely placed in the sky to light the peaks of mountains and our imaginations.