by Judyth Piazza | Print the article |

“In times long ago it is said, that we walk side by side with the dead” — Edgar Allen Poe

St. Augustine Florida is America’s oldest and most haunted city. Its unique and often-turbulent history has spawned more than four hundred years’ worth of shadowy figures and orbs. According to local legend, there are numerous ghosts and things that go bump in the night.

After hearing these stories and being fascinated by the utter enthusiasm of the people that I had a chance to speak with, I decided to do a little ghost busting for myself and try to find out what was out there, if anything. I wanted to see if I could capture any of these “orbs” or “supernatural beings” that we had heard so much about with my digital camera or an electromagnetic field meter (or EFM) which electricians use to pick up electromagnetic signals in the air. We decided to begin our investigation at The St. Francis Inn Bed & Breakfast.

The St. Francis is the oldest inn in St. Augustine. The Inn was built in 1791 and is now owned by Joe & Margaret Finnegan. This would be the starting point for my investigation, whereas, that was the inn that I was staying.

According to Dave Lapham, author of Ghosts of St. Augustine and a former guest at the inn, shortly after he and his wife checked in, strange things began to happen. Another visitor at the Inn described seeing a young African American girl, dressed in white, floating down the hallway. Later, just before going to bed, she said she saw the girl again in her room.

I had my own freaky little problem with the bathtub at the inn. Each time that I tried to fill the tub with water, the water temperature continually kept getting hotter and hotter regardless of how much cold water I attempted to add. This happened each time I tried to bathe. Nevertheless, all things being considered I am still skeptical.

My next stop was The Casablanca Inn in St. Augustine. This Inn’s haunted heritage began to take its shape during the early 1930s when it was a boarding house. The Inn is still in business today as a popular Bed-and-Breakfast and home of the Tini Martini Bar.

The story centers on a widow who ran the boarding house who would stand watch on the balcony, swinging a lantern back and forth to warn rumrunners when government revenuers were in town. The widow has long been dead, but anglers and shrimpers passing through the inlet say they often see the swinging lantern atop the Casablanca Inn.

Next, I was off to the Lighthouse that overlooks the Matanzas Bay being very curious about its history since I saw a Discovery channel documentary on it two years ago. They visited St. Augustine and filmed a documentary on ghosts and legends of America’s lighthouses. The television crew deemed St. Augustine to be its favorite and took many rolls of film, searching for the ghosts in the tower and on the property.

Several staffers have seen a hazy, male figure walking through the lighthouse. Perhaps it is a former lighthouse keeper making his rounds.

Once, when the museum was being rearranged, a maintenance man lifted one end of a bench to set it aside. Before he could walk around to lift the other side, it rose up in the air and moved itself. People wonder if it is a Spanish guard from the first wooden tower built in 1586. Another possible explanation for the spectral images being seen repeatedly by sightseers is during the lighthouse’s renovations there is a story that two little girls fell to their death. There have been numerous reports of seeing to two little girls chasing each other up the lighthouse steps.

After the Lighthouse, I went to talk with someone who really knows what is going on in St. Augustine; Dr. Harry C. Stafford, Ph.D., creator of the Haunted St. Augustine Ghost Tours and he said “The ghosts are everywhere in St. Augustine.”

The tour that Dr. Stafford offers is slightly different then the average ghost tour. Departing nightly, each tour is actually an ongoing paranormal investigation tour. Each person that takes the tour is asked to fill out a questionnaire documenting any unexplained experiences that they may have encountered.

I spoke with Jonas Brihammar, owner of the Ghost Augustine and Beerhammers and he said, ” I have encountered many ghosts while taking tourists on hearse and pub tours.”

Dr. Stafford has been studying hauntings, apparitions, and poltergeists for many years since graduating from Florida State University — “All of the stories are true. We don’t have to make any of it up,” said Jesse, the tour guide. In the end, we ended up leaving St. Augustine with as many questions unanswered as when we arrived. If you personally have experienced any unexplained super natural events, I would like to hear about them.

Need Something To Do This Weekend?

Bailey’s Powerhouse Gym’s new fitness center is now open for business at the corner of Monument and McCormick ...
Read on → 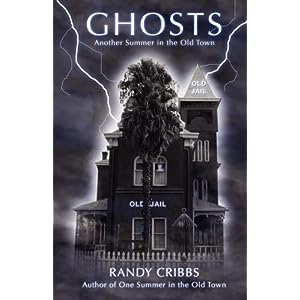 St. Augustine author Randy Cribbs, founder of the Ancient City Chapter of the Florida Writers Association will be signing ...
Read on →

By Date By Topic