The Screen Actors Guild (SAG) has struck a two-year deal with the major Hollywood studios to increse the minimum wage for actors of film and primetime TV shows 3% as a part of a $105 million package of improvements.  The deal, however, did not cover appearances on the internet – a hotly debated issue in Hollywood.

SAG president Alan Rosenburg is not satisfied with the deal.  He called the contract “devastatingly unsatisfactory,” and told members to “ready themselves for the battle ahead” for new negotiations in 2011. 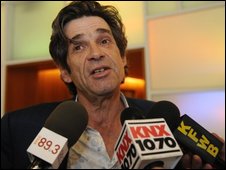 Apparently, the millions of dollars Hollywood actors receive for their work is simply not enough – they need more.  Understandably, people must accomodate their salaries to the consistent inflation of currency, but SAG is obviously unsatisfied with this incremental increase of income.  The question comes down to: are Hollywood actors financially savvy or spoiled brats?

by staugnewswire
Selections for Megacon Indie Film Expo 2012 Announced A number of cutting-edge award-winning independent films have been selected for presentation at ...
Read on →