The Takers leak three new songs from their debut album on Suburban Home Records! on May23 2009

by staugnewswire | Print the article |
Tweet
Gainesville, Florida’s newest addition to the country/punk crossover train, The Takers, have just leaked three tracks from their upcoming debut for Suburban Home Records.
You can stream “Curse of a Drunk,” “Drift,” and “Friends in Bottles” on the band’s MySpace page.
Their debut album is entitled Taker Easy and will be released on LP/CD July 21st.
The band describes their sound as “influenced by 70’s outlaw country and honky-tonk classics made standard at the time by legends like Waylon Jennings, Merle Haggard, Willie Nelson, Johnny Cash and Hank Williams Jr.”
Members have been playing in various Gainesville bands for years, with two members currently pulling double duty in No Idea Record’s Whiskey & Co.
The Takers released a 7” version of “Curse of a Drunk” on Suburban Home Records this past fall and have plans to release a collaborative split 7” with Austin Lucas in the near future. 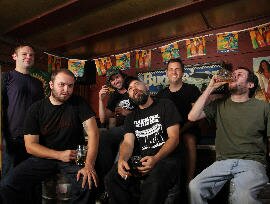 Working all the sweet sweet jams from

Selections for Megacon Indie Film Expo 2012 Announced A number of cutting-edge award-winning independent films have been selected for presentation ...
Read on →


Florida: Teen Unemployment on The Rise

New Data: Teen Unemployment Tops 30 Percent in Five States and D.C. in 2011 National Average Above 24 Percent for ...
Read on →


The Weekend in St. Augustine and Ponte Vedra