U.S. and U.K. Cooperate for Humanitarianism in Sri Lanka

WASHINGTON, DC – Following is the text of a joint statement on the humanitarian situation in Sri Lanka issued today, February 3, 2009, by the United States and the United Kingdom, following the meeting between Secretary of State Hillary Rodham Clinton and Foreign Secretary David Miliband at the Department of State in Washington, DC. 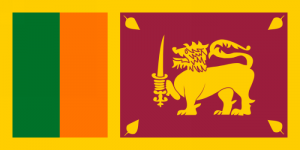 Earlier today at a meeting, Secretary Clinton and U.K. Foreign Secretary Miliband discussed their serious concern about deteriorating humanitarian situation in northern Sri Lanka caused by the ongoing hostilities. They affirmed their insistence on a political resolution to this longstanding conflict. The time to resume political discussions is now and we will continue to work with the Tokyo Co-Chairs, the Sri Lankan government, and the UN to facilitate such a process.

Secretary Clinton and Foreign Secretary Miliband call on both the Government of Sri Lanka and the LTTE to agree to a temporary no-fire period. Both sides need to allow civilians and wounded to leave the conflict area and to grant access for humanitarian agencies.

We welcome today’s statement by the Tokyo Co-Chairs (Norway, Japan, US and EU) jointly expressing their great concern about the plight of thousands of internally displaced persons trapped by fighting in northern Sri Lanka. We join the Co-Chairs and call on the LTTE and the Government of Sri Lanka not to fire out of or into the safe zone established by the Government or in the vicinity of the PTK hospital (or any other medical structure), where more than 500 patients are receiving care and many hundreds more have sought refuge. We also call on both sides to allow food and medical assistance to reach those trapped by fighting, cooperate with the ICRC to facilitate the evacuation of urgent medical cases, and ensure the safety of aid and medical workers. The LTTE and the Government of Sri Lanka must respect the international law of armed conflict.