The Injustice and Anti-Spirituality of War

The inspirational twentieth-century monk, Thomas Merton, being a contemporary of atrocities such as Auschwitz, Hiroshima, and Vietnam, became quite aware of the dangers and injustices within the institution of war. In a letter to Etta Gullick, Merton wrote “There is one task for me that takes precedence over everything else: working with such means as I have at my disposal for the abolition of war.” Based on the thoughts and example of Merton, war is a dangerous and unnecessary institution that is unjust at its foundation and should be rejected by all contemplatives, especially Christians. 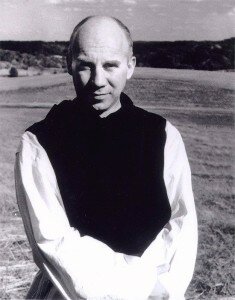 “At the root of all war is fear.” Fear is one of the most dangerous concepts known to humankind. Fear can keep you from doing what you truly need to do, and fear can make you do that which you do not want to do. War stems from our fear of everything. Humans are paranoid. We have created a boogeyman mentality; whether it is the Arab that is going to fly a plane into our building or the black man that is going to steal our wallet. We create war because we want to extinguish this fear. We desire peace, and the only way we see to achieve it is to rid ourselves of fear. Merton wrote “There is in reality not the slightest logical reason for war, and yet the whole world is plunging headlong into frightful destruction, and doing so with the purpose of avoiding war and preserving peace!” The truth is fear cannot be extinguished. Fear will always exist. Instead of fighting wars to get rid of it, we must instead rise above the fear.

The danger that we are so afraid of is not the Arab or the black man; the danger is at the very core of world power. Merton says “Violence today is white collar violence, the systematically organized bureaucratic and technological destruction of man.” What is more dangerous: someone robbing a corner store in the ghetto because he has a drug addiction that stems from a life of harsh poverty or the world leader sitting next the “launch button” who is afraid that the world is out to get him? The powers that be make it seem that danger is in those who stir things up; those who are so distraught by the state of their living situations that they are willing to do what is necessary to make a change. But Merton says “The problem of violence, then, is not the problem of a few rioters and rebels, but the problem of a whole structure which is outwardly ordered and respectable, and inwardly ridden by psychopathic obsessions and delusions.”

It is those who reflect upon themselves and the world, those who contemplate on the state of things, who should reject war even more so than most people. This includes, especially, Christians. Christianity is a religion and spiritual practice that has nonviolence at its core. Christ himself spoke of peacefully r

esisting evil, and, when it came down to it, he gave the ultimate example by not resisting his arresters and rising above the evil. Violence is a step backward for the spiritual growth of all Christians. Love is at the very heart of Christianity; love of one another and, above all, love of God. If Christians are to love one another, then there is no place for violence in their practices. If God is in fact love, and we do not love one another, then we do not love God. On this, Merton writes “If [those willing to endanger others] are Christian they are purely and simply arming themselves with hammer and nails, without realizing it, to crucify and deny Christ.”

As those who love God, regardless of your particular perception or manifestation of what He is, we must not let fear shake us. We must, instead, have faith; faith in God and faith in the fact that the abolition of war is possible if we want it to be.

One Response to The Injustice and Anti-Spirituality of War