You are here: Home / Business / Postseason Cometh MINUS a Great Many Faces We Thought We Would See!

Postseason Cometh MINUS a Great Many Faces We Thought We Would See!

Postseason Cometh MINUS a Great Many Faces We Thought We Would See!

I have to say…watching the New York Giants come out on that field yesterday and prove to the world that they are (not to mention Eli Manning is) extremely worthy of the Super Bowl rings they have. But, unlike what many football fans thought would happen, even though Eli threw five touchdowns and showed the world that they have the desire and skill to come back this year…the Giants had to say goodbye to the postseason.

Why is that? Because even though the Giants kicked some proverbial behind by making the Eagles look as if they were kindergartners 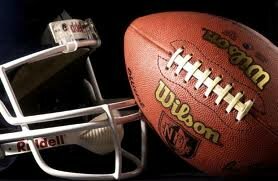 playing in the schoolyard, the Chicago Bears ‘JUST’ made it by beating the Lions. With this win, the Giants are out and they will not get the playoff berth they so seriously tried for.

Because of the Bears…the Giants have no shot of heading back to the Super Bowl. Many – statisticians and analysts alike – truly believed that there was a large chance that the 49ers would face the Giants again this year, simply because of the fact that when New York’s back is up against the wall they take over and prove to everyone in the world of football that they are the ‘best of the best.’

For ‘Manning’ lovers, Peyton is in (and, will most likely be leading one of the teams at the Super Bowl this year), unless the Colts, who are kicking butt; or the Patriots, who seem to be ALWAYS kicking butt, end up to beat them and head into the winner’s circle.

The Bears, however, are not finished, nor are they looking at an easy run. Yesterday the Vikings made sure to prove to Green Bay that they are still among the best and still have a chance to win the whole thing. Next week the Vikings will face Green Bay yet again, but this time on the frozen tundra as they work to make sure they stay in for just a little longer. Will they reach the end of the road? No. But the Vikings will most definitely do their best to eliminate Green Bay from the line-up this coming weekend.

Then we come to the Atlanta Falcons…  Atlanta has been at the top of the charts all season long. But, just recently, they have stumbled more than once and shown themselves to be running on empty. Or, perhaps, they’re waiting to gear up in the big games and prove that they can win it all. They do have that precious homefield advantage even though Tampa Bay beat them, but one thing they also have is pure and utter worry about the fact that two of their true stars had to leave the game yesterday with injuries. A problem ankle injury took out John Abraham, as well as their amazing cornerback, Dunta Robinson, who had to be escorted from the field during the first quarter with a head injury. Without those magic men, Atlanta – even with the homefield advantage – may just be done when it comes to the next game.

Yes, the Bengals won. I know that this line is still a shock after so many decades of saying that Cincinnati was basically a farce. But they once again beat another team that most likely came into the game ‘knowing’ they would win. The Ravens, who have already gotten their AFC North title (for the second time) weren’t exactly pained by the loss but they now must gear up to face the Colts next Sunday. This is one game they will seriously need to concentrate on considering that the Colts have proven that, for their coach – to show him respect and admiration for the courage he has shown in his personal life – are working their literal ‘hooves’ off to prove to everyone that they will not give up until they head to the Super Bowl…something the Ravens better watch out for.

And, yes, even though the team has been up and down – showing outstanding play in games that they weren’t pegged to win, the San Francisco 49ers have done the deed by beating the Cardinals yesterday. Michael Crabtree was, once again, a hero for San Fran as he racked up two touchdowns and gave the 49ers their second straight NFC West title. Now, last year, people truly believed that the 49ers would head to the Super Bowl before the Giants screwed up that dream for them in a game that was a whole lot of fun to watch; but everyone can feel the electricity in the air when it comes to the fact that this is one franchise that will most definitely climb back to the top – a position they were in for a good, long time during the days of such masters as, Montana, Rice and Young.

Alex Smith continued to sit on the bench for the 49ers as Colin Kaepernick put up numbers that counted for his ‘career-best’ thus far; and because of the Green Bay Packer’s loss to Minnesota, they now have a 2nd seed.

Seattle was actually put into a sentence with the great ‘Peyton Manning’ yesterday when their rookie QB – Russell Wilson – threw the most touchdown passes by a rookie, tying Manning’s goal. With their win, Seattle became the ONLY team in 2012 that’s unbeaten at home.

Yes, they could have won the NFC West title, but with San Francisco beating the Cardinals, they did not and must now face the Redskins this coming weekend, seeing as that the Redskins killed any chance the Dallas Cowboys had of heading to the post season by beating them yesterday.

So what do the analysts say from here on out? Well…even though the scores and games have been back and forth, with some being huge surprises, the main consensus is that for the AFC there is ONLY the Denver Broncos, the New England Patriots and the Indianapolis Colts to get to the Super Bowl. But when speaking of the NFC, people are more than a bit muddled when it comes to who will be the ‘best of the best.’ With some offensive lines being weak and some defenses being extraordinary, it will truly be a surprise as to who ends up in the NFC Championship Game. Where do I put my money? Well…as more than a few others believe, the 49ers have that drive – not to mention the best defense of 2012 – in order to once again find their reign in the NFC. However, considering that the rest of 2012 has been so remarkably odd…you just never know!

This Moment in Sports is Brought to You By:  Be First Media Group

Superior. Renowned. Legendary. Each of these words defines Abu Garcia. From its inception on the banks of the Mörrum River in Svängsta, Sweden, Abu Garcia, then AB Urfabriken, has … END_OF_DOCUMENT_TOKEN_TO_BE_REPLACED